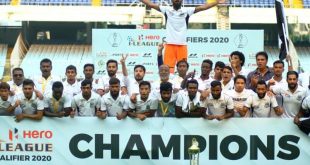 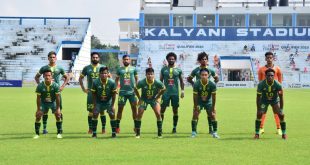 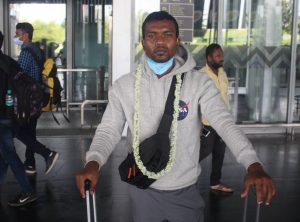 Mohammedan Sporting Club has completed the signing of experienced defender Munmun Timothy Lugun as the Black Panthers add depth to their squad ahead of their 2020 I-League qualifier campaign. Munmun, who turned out for Punjab FC last season, arrived in Kolkata this morning.

Mumnun brings experience and proficiency to the Mohammedan Sporting squad having featured regularly in the I-League and ISL over the last eight years. The 27-year-old started his career with Delhi based Simla Youngs FC in 2010, before stints at United Sikkim FC, Rangdajied FC, Delhi Dynamos, Pune FC, Punjab FC, Mumbai City FC and Mumbai FC. At Mohammedan Sporting, he will be reunited with his former coach Yan Law.

Having touched down at Kolkata Airport, an excited Munmun said, “I am very excited to have joined Mohammedan Sporting and I look forward to working under coach Yan Law once again. I am very thankful to the Mohammedan Sporting management for giving me this opportunity and putting their trust in me making me a part of the team. I am going to give my best and do everything to achieve the club’s goals.”

“There have been some exciting signings with the club in the past few weeks and I look forward to working with my teammates and getting ready for the season,” he added. 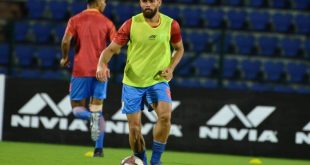