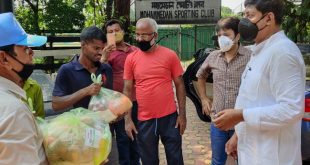 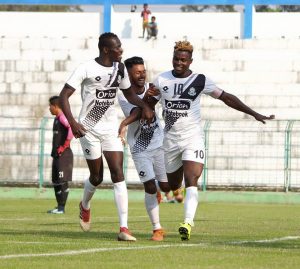 Desmos Arthur Kouassi (38′) and skipper Philip Adjah (43′,70′) were on target for the Black Panthers to hand Chhinga Veng FC their first defeat in Preliminary Round on Saturday at Kalyani Stadium.

The opening 10 minutes was a rather scrappy affair, with both teams unable to hold onto the ball long enough to create any decent scoring opportunities.

The first effort on goal only came in the 15th minute, when Kouassi met a left-sided cross from Safiul Rahman, but he headed his effort wide of the Chhinga Veng goal.

Adjah then continued to terrorize the Chhinga Veng defense, setting up another two chances for Kouassi, but the Ivorian forward squandered both.

Mohammedan Sporting, thereafter, continued to press on, and it was no surprise when they took the lead in the 38th minute though Kouassi who scored from Stephanson Pale’s pass.

From the goal onwards, Mohammedan Sporting dominated the proceedings and duly doubled their lead in the 43rd minute after Adjah scored from close range.

Meanwhile, Chhinga Veng looked well out of their depth throughout the first-half and went into the break trailing 2-0, with a mountain to climb in the second stanza.

Chhinga Veng started the second-half stronger, in the opening 10 minutes Chhinga Veng continued to impose themselves on the game without reward as Priyant Singh, between the sticks, held out to good efforts.

The Black Panthers also got a few times close to getting the third goal and looked dangerous on the set-pieces, but the ball didn’t find the back of the net.

Chhinga Veng, however, really struggled to find their footing in the game as Mohammedan Sporting looked comfortable to sit back and hold onto the ball.

Despite the momentum turning in Chhinga Veng’s favour, Mohammedan Sporting fought back to add a third when Adjah slotted home from close range after rounding Zothanmawia in the 70th minute to put the result beyond questions.

In the stoppage time Mohammedan Sporting’s Kamran Farooque and Chhinga Veng’s Vanlalzuidika were given marching order.

The result see Mohammedan Sporting leapfrogged Rainbow AC for the third spot in Group C standings with 10 points from 7 matches and will host TRAU FC next on March 13 at Kalyani Stadium.

Previous AIFF to hold India Youth trials in Nagaland!
Next Churchill Brothers’ opener goes in vain as Kromah seals it for Aizawl FC! 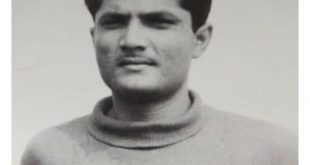