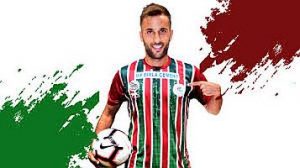 The 26 year old Francisco Morante Martínez is from Córdoba, Spain.

Fran has played in the Spanish Segunda Division B for Internacional de Madrid in the 2018/19 season. He played 28 matches last season, which included 27 league matches and 1 Copa del Ray encounter and scored two goals.

Earlier he has played for clubs like Granada CF, Córdoba CF B, CD Badajoz and Real Murcia.

Fran Morante is a player who stands out for good positioning, strong aerial presence and provides dependency in defence.