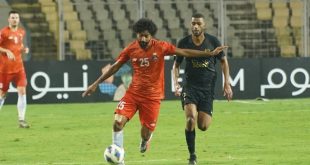 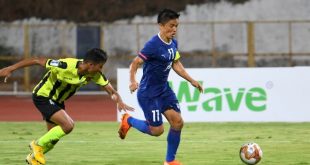 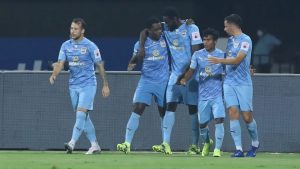 Sergio Lobera’s Mumbai City FC will be facing top clubs in Asia soon, as they beat ATK Mohun Bagan 2-0 in the final league game of ISL-7. The win earned the Islanders a top-of-the-table finish and a spot in the AFC Champions League, thus becoming the second Indian club to do so after FC Goa in 2019-20.

It was a much-awaited match for everyone in the Indian football fraternity. A clash to finish at the top of the league and a ticket to the AFC Champions League. It was the final league game of the Hero ISL season 7.

Hernan Santana, Pranjal Bhumij and Mandar Rao Dessai replaced Mehtab Singh, Cy Goddard and Vignesh Dakshinamurthy respectively in the Islanders’ starting eleven. On the other hand, Marcelinho and Pronay Halder were the two changes in the Mariners’ playing eleven that played a 2-2 draw against Hyderabad FC.

The home side, Mumbai City FC had a nervous start. There was a short span of chaotic football in the 4th minute of the first-half when Fall’s clearance wasn’t good enough and it fell to Roy Krishna. The ATK Mohun Bagan forward tested Amrinder from a tight angle and he was equal to it.

But the Islanders responded strongly. They were denied a counter-attack in the 5th minute but the Mariners were caught off guard in the 7th minute when Fall scored the opening goal with a header. Ahmed Jahouh’s brilliant free-kick was directly at Fall at the far post and the Senagalese with a clean header found the back of the net to score his 12th ISL goal.

There was no real test for either goalkeeper in the next 10 minutes of the play. Raynier Fernandes received the first booking of the match in the 14th minute. In a major blow to ATK Mohun Bagan, Sandesh Jhingan had to leave the pitch in the 17th minute injured. Prabir Das came in to replace today’s captain.

The visitors showed more intent but failed to beat the Islanders’ defence. Amey Ranawade was the second Mumbai City FC player to get booked by the referee in the 27th minute as Mumbai City FC kept their composure at the defence.

In the 29th minute, Jahouh’s delightful cross-field delivery found Pranjal on the right-wing, he almost came in touching distance to the target with his effort. The first cooling break in the 30th minute of the first-half saw the Islanders maintain their one-goal lead.

ATK Mohun Bagan’s stand-in skipper Pritam Kotal was shown a yellow card for a clumsy challenge on Ahmed Jahouh in the 37th minute. Their nightmare became real two minutes later. Hernan Santana who took the free-kick saw his effort cannon back of the crossbar, the deflected ball found Ogbeche right at the face of the goal post as Arindam could only watch it go in the back of the net.

The Mariners were clearly under pressure in the final five minutes of the first half. A rare sloppy error at the defence almost gave Bipin an opportunity to put another to the scoresheet in the 43rd minute. Hernan Santana almost pulled off a blinder after back-heeling one just wide off the post from Jahouh’s delivery at the closing stage of the first half.

Salam Singh came in for Lenny Rodrigues and Edu Garcia replaced Tiri at the start of the second-half for ATK Mohun Bagan. The Mumbai City FC mindset on the other hand didn’t change a bit. They started the second-half from where they left and kept the hunger going and even came close on a few occasions at the back of a good combination of plays and set pieces.

The Mariners too had a few moments of brilliance in the second-half. Prabir Das made an excellent run into space and backed it up with a thunderous strike to beat Amrinder, but not the woodwork. Roy Krishna, who was kept in check by the Mumbai defense came close in the 63rd minute but a heavy touch straight to Amrinder didn’t help the cause in favour of the Fijian international and ATK Mohun Bagan.

Pranjal Bhumij, who had an excellent game was substituted by Vikram Pratap Singh in the 72nd minute. There were three yellow cards given in the space of five odd minutes. Pronay Halder from ATKMB, Hernan Santana, and Vikram Partap Singh from Mumbai City FC were at the receiving ends.

Antonio López Habas ran out of options and the frustration to find an opener continued even in the last stage of the play. The Spaniard brought-in Javier Hernandez for Marcelinho in the 82nd minute as the last change of the match.

ATK Mohun Bagan won more possession, played more successful passes, had the same number of shots on and off target, won more touches, and interceptions still came second in the most important game of the league stage.

For Mumbai City FC, it was different. You see them score a few and then try to keep the possession. But, it wasn’t just about pressing for Sergio Lobera’s side as they won the most important game of the season.

The party is on for this new Mumbai City FC and the fans. Its mission accomplished for now as they are heading to AFC Champions League. They are the league winners but the job is not done yet as they face FC Goa in the semifinals.