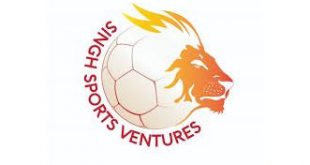 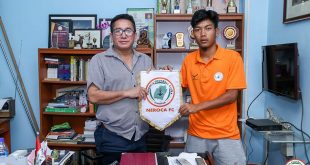 As many as 10 teams have made a direct entry into the Final Round of the Hero Sub-Junior League 2018-19 season, with four sides going into the playoff rounds of the tournament.

Reliance Foundation Young Champs were dominant in Maharashtra Group A, which was played between a total of five teams. They won all eight of their games, finishing a good nine points ahead of the second-placed FC Pune City. RFYC get a direct entry into the Final Round.

Harsh Vadhela was the star of the show for the Mumbai-based side, netting a total of 18 goals in the preliminary stage.

Maharashtra Group B was a slightly different case, as the winner of this group would only be entitled to a playoff spot. Youth Soccer Academy proved to be the strongest of the lot, finishing top of the charts.

While FC Pune City missed out on qualification to the next round, their neighbours Mumbai City FC topped the Maharashtra Zone Group C, to book their spot in the Final Round, along with RFYC.

Moving on to the eastern part of the country, it was somewhat of a disappointment for the two Kolkata giants, who missed out on qualification for the Final Round.

Mohun Bagan AC will be ruing their missed chances as Southern Samity pipped them by a mere point to finish top of the Kolkata Zone Group A, while KUCT Football Academy dominated Group B of the zone to score double the number of points than their nearest rivals East Bengal Club.

Down South, Bangalore Youth Football League and Bengaluru FC asserted their dominance over the rest, as they finished top of their Bengaluru Zone Group A and Group B, respectively. Both the sides exhibited a gulf in class when compared to the rest of the teams in their respective groups, winning all their matches.

Chandan Biju of Bengaluru FC stole the show in the South Zone, scoring 10 goals from their eight matches.

In the Chennai Zone, Manglenthang Kipgen of FC Madras has been on terrific form, banging in 31 goals from their eight matches. His efforts helped FC Madras win all their matches to clinch the top spot in the group. Chennaiyin FC also made it through to the Final Round as the second-placed team in the group.

Sudeva FC have already been crowned kings in the North after they pipped Bhaichung Bhutia Football School by three points.

Over to Goa, Salgaocar FC have already booked their spot in the Final Round with one game still to go, having amassed 18 points from seven games. However, it’s a tight race for the second spot between FC Goa and Dempo SC, who face Churchill Brothers and Salgaocar FC respectively in the last matchday.

In the Rest of India zone, Parampura FC and FF Academy topped Group B and C respectively, to book their spots in the Playoffs. Meanwhile, RoI Group A and the Gujarat Zone still remains undecided.

Teams in Final Round: