Top women’s players give insights on how to #TrainAtHome & stay fit! 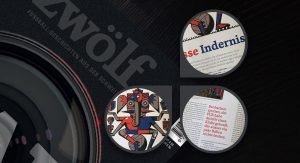 Swiss football magazine ZWÖLF has published an article written by me on the FC Basel 1893 – Chennai City FC partnership in its latest issue.

In the article I focus on the opportunities, challenges and more of the partnership looking at the two partners on where they stand, what they want to achieve and if it was the right step to enter into a partnership.

The deal has created some hype back in India, but it also had negative reactions in Switzerland including fan boycotts by the FC Basel fans.

Get your hands on the latest ZWÖLF issue (#73) at www.zwoelf.ch !

As the Coronavirus pandemic continues to spread rapidly all around the world, Minerva Academy owner …