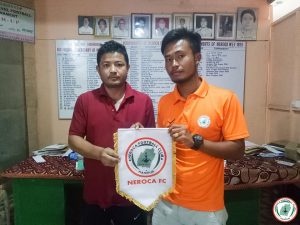 I-League side NEROCA FC have announced the signing of defender Takhellambam Deepak Singh on a two year deal ahead of the 2020/21 season.

Now Takhellambam Deepak Singh joins NEROCA to prove himself at the top level after having played in the Second Division League in the past.