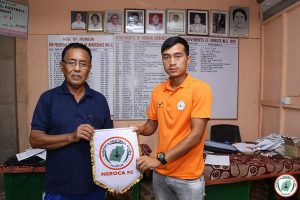 I-League side NEROCA FC have announced the signing of young talented defender Yengkhom Bishan Meitei on a two year deal ahead of the 2020/21 season.

NEROCA hope that Yengkhom Bishan Meitei make the next step at the club by making the transition from state level to national level football.