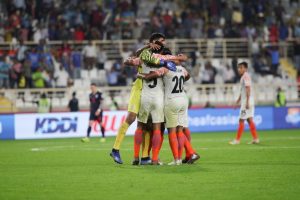 The new Indian National Team Head Coach Igor Stimac has announced a list of 37 probables for India’s preparatory camp for the King’s Cup slated to be held in Buriram, Thailand from June 5-8, 2019.

The preparatory camp will be held in New Delhi from May 20.

Igor Stimac said, “I respected the choice of the squad which represented India in the AFC Asian Cup UAE 2019. The rest of the players have been added post my research watching I-League and ISL matches. I found some players quite interesting, and have summoned them to the camp.”

“I congratulate all the players, and wish them good luck,” he added. “I am eagerly waiting to land in New Delhi, and get on the task immediately. I have always cherished new challenges, and I am looking forward to coaching the Blue Tigers.”

Striker Jeje Lalpekhlua who is likely to be operated in the third week of May wasn’t considered for the camp, as were a host of other players like Halicharan Narzary (knee injury), Mandar Rao Desai (hamstring injury), Ashique Kuruniyan (knee injury), Narender Gehlot (knee injury), and Jerry Lalrinzuala.

The King’s Cup will be followed by the Intercontinental Cup in July.