Press Release 2021-03-05 Bundesliga Comments Off on Next steps in connection with Task Force report unveiled! 335 Views 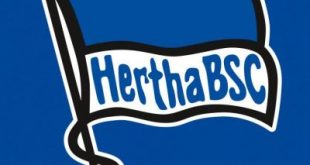 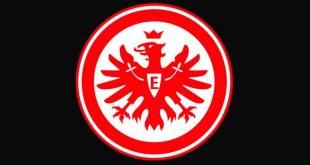 At the DFL Members Assembly of the 36 clubs in the Bundesliga and Bundesliga 2 on Thursday, March 4, the main topic was agreeing the next steps in connection with the summary report of the Future of Professional Football Task Force.

The Executive Committee of the DFL had announced the first measures on 10 February, just one week after the report was unveiled. At that time, it was resolved to create an interdisciplinary advisory board with outside experts to oversee the ongoing implementation process, as well as a working group to boost the financial stability of professional football, with extensive involvement of the Finance Commission.

In addition, the Executive Committee dealt intensively with the task force report in a special meeting. Taking the task force’s recommendations into account, the approach that has now also been discussed in the DFL Members Assembly initially provides for the following next steps, which are to be prioritised in the coming months:

This outline of the next steps is not a statement as to the fundamental relevance of other recommendations from the task force report. The DFL Executive Committee remains committed to advancing the overall process rapidly, with a high level of dedication and follow-through in the months ahead. However, given the complexity of many individual aspects, it remains a fact that the measures cannot simply be implemented overnight. This will be a gradual process. The steps have to be feasible for every single club – and so they have to take into account the economic and structural variety within the DFL, from the reigning Champions League winner to those coming up from 3. Liga.

The task force report sets out a total of 17 recommendations and a goal for 2030 in terms of the way forward in the areas of sport, social integration and sustainability in business. Between October 2020 and January 2021, 37 experts from the fields of sport, society, science, politics and business held open-ended discussions across multiple disciplines on significant issues concerning the future of professional football.

The DFL Members Assembly has also unanimously decided to adopt the working definition of antisemitism used by the International Holocaust Remembrance Alliance (IHRA). The 36 professional clubs therefore followed a recommendation to that effect by the Executive Committee of the DFL and are taking a clear and unmistakable stand against all forms of antisemitism. A common understanding of antisemitism is essential if we are to fight it effectively.

The IHRA’s definition states: ‘Antisemitism is a certain perception of Jews, which may be expressed as hatred toward Jews. Rhetorical and physical manifestations of antisemitism are directed toward Jewish or non-Jewish individuals and/or their property, toward Jewish community institutions and religious facilities.’

The IHRA is made up of 34 member countries working together to combat antisemitism and has set itself the task of advancing Holocaust education, research and remembrance. The rotating chairmanship is currently held by the Federal Republic of Germany.