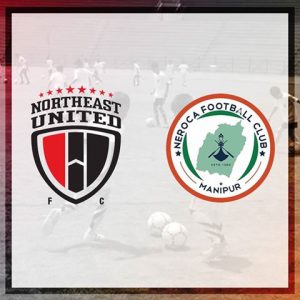 Indian Super League franchise NorthEast United FC has entered into a five year partnership with newly promoted I-League club NEROCA FC that will focus on strategic Football Development across Manipur and its surrounding areas. After launching the residential Centre of Excellence in Shillong with Shillong United FC earlier this week, NorthEast United FC will focus on creating valuable partnerships throughout the North-East to identify home-grown talent from the hotbed of Indian football.

NorthEast United FC shall hold a part of its pre-season in Imphal and play an exhibition match against NEROCA FC before the start of its Indian Super League 2017/18 campaign. Both the Clubs will be committed towards working together on Grassroots Development initiatives in the area.

Speaking on the partnership, John Abraham, NorthEast United FC owner, said, “Our tie-up with NEROCA FC is an extremely important step towards reaching out to the vast reservoirs of talent that Manipur possesses. We recognize the fact that Grassroots is an extremely important building block for sustainable football development in the region and we are proud to partner with a team that has a huge fan-base in Manipur and is as committed to football development as we are.”

NEROCA FC CEO Naoba Thangjam stated, “Our partnership with NorthEast United FC will mark the dawn of a new era in football,especially for a state like MANIPUR where sports is not just sports but a way of life.We believe in giving ample opportunities in youth development and grassroots and with NorthEast United FC who has the same principles I believe this partnership will open new and more opportunities. Also we look forward to our Pre-season exhibition match to mark our new journey as Partners.”

Keeping up with tradition, Bengaluru Football Club came together to celebrate and look back at …