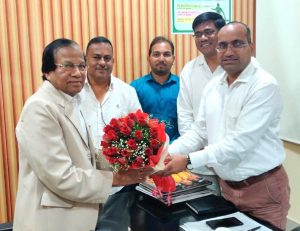 The Special Development Council of the Government of Odisha in collaboration with the Football Association of Odisha will be conducting a Football Tournament in the state of Odisha where only Tribal Players will participate in both Men & Women.

There will be 10 teams each in both Men and Women category from Koraput, Rayagada, Malkangiri, Nabarangpur, Gajapati, Keonjhar, Kandhamala, Sundargarh and Mayurbhanj with two teams from Mayurbhanj taking part.