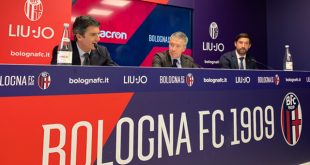 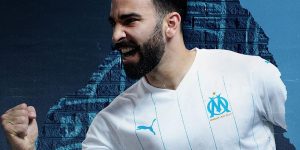 PUMA Football and Olympique de Marseille have presented the Ligue 1 club’s new home kit, which pays tribute to 120-years of proud footballing tradition and the city of Marseille.

With OM’s PUMA players Adil Rami, Mario Balotelli and Morgan Sanson embracing the new Marseille Flow campaign, which PUMA is launching in its second season as the official supplier of the club, fans in the stadium first caught a glimpse of the new home kit in OM’s final game of the Ligue 1 championship on Friday, May 24.

The new home kit retains the pure white base colour, adding subtle vertical blue lines to the front of the jersey in tribute to the club’s historic shirt designs. This, in combination with a V-neck and a classic cut, highlights the club’s proud traditions as Olympique de Marseille celebrates its 120th anniversary in 2019.
Those taking a closer look will realize that the vertical lines on the jersey are actually composed of the words ‘Olympique de Marseille’. A blue cross on a white insert on the back of the neck represents the city of Marseille’s flag, which, starting in the middle ages, became the internationally recognized symbol of the Mediterranean port city.

Connecting the club to its passionate fans, Olympique de Marseille’s club badge is situated right above the heart. The home kit will be completed by white shorts with blue piping and white socks.

The match-day shirts have been developed using the Shincool technology perfected by PUMA, which allows efficient adjustment of body temperature and humidity (up to -2.2°C), while the replica jerseys are made using PUMA’s tried-and-tested dryCELL technology. 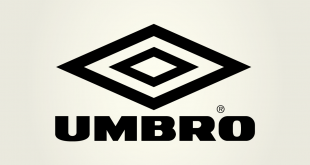 How about this for the ultimate romantic gesture! UMBRO have teamed up with renowned mash-up …