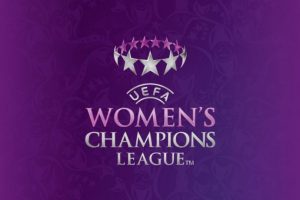 The UEFA Referees Committee has announced the referee team which will officiate the 2019 UEFA Women’s Champions League final.

This year’s edition between Olympique Lyonnais and FC Barcelona at the Ferencváros Stadion in Budapest, Hungary, on Saturday, May 18 (kick off 18.00 CET) will be refereed by the 38-year-old Russian Anastasia Pustovoitova, who has been an international referee since 2009. In total, she has taken charge of 59 UEFA matches in her refereeing career.

This season, Anastasia Pustovoitova has refereed two UEFA Women’s Champions League matches, including the Round of 16 return leg between Club Atlético de Madrid Féminas and VfL Wolfsburg (0-6). She has previously also officiated at UEFA Women’s EURO 2017, and has been selected by the FIFA Referees Committee for the upcoming 2019 FIFA Women’s World Cup in France.

Anastasia Pustovoitova will be assisted by Ekaterina Kurochkina (Russia) and Petruta Claudia Iugulescu (Romania). Katalin Kulcsár (Hungary) will act as the fourth official. A reserve assistant referee, Katalin Emese Török, also from Hungary, completes the line-up of the refereeing team.