RoundGlass Punjab FC have made another foreign signing Bhutanese striker Chencho Gyeltshen ahead of the 2020/21 season.

Thereafter Chencho returned to Thimphu FC and played for FC Terton before moving to Bangladesh to join Chittagong Abahani. He returned to his native Bhutan to play for Thimphu City FC.

In the 2017/18 season, Chencho moved to I-League side Minerva Punjab FC in India and helped them with his nine goals to lift the I-League trophy.

He then moved on to Indian Super League side Bengaluru but for the scond half of the season went on loan with NEROCA FC. Chencho last played for Paro FC and now returns to Punjab FC under new ownership with RoundGlass Sports surely hoping he can recreate his earlier performances.

@Arunfoot
Previous Discovery Plus premieres sports docuseries ‘Matchday – Inside FC Barcelona’ in English, Hindi, Tamil & Telugu!
Next ATK Mohun Bagan VIDEO: Wishes to all across the globe on Durga Puja! 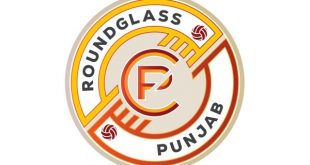