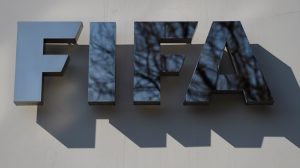 The FIFA Disciplinary Committee has sanctioned Belgian club RSC Anderlecht and the Belgian Football Association for breaches relating to the international transfer and registration of players under the age of 18.

RSC Anderlecht was found to have breached, amongst others, article 19 of the FIFA Regulations on the Status and Transfer of Players in the case of four minor players.

The Disciplinary Committee took into account the cooperation of the club and sanctioned RSC Anderlecht with a fine of CHF 200,000.

The Belgian Football Association was also found to have breached the rules in connection with minors and was therefore sanctioned with a fine of CHF 230,000.

The protection of minors is a key element in FIFA’s overall regulatory framework relating to the transfer of players, and the effective enforcement of these rules is paramount, as has also been confirmed on various occasions by the Court of Arbitration for Sport.

The decisions issued by the Disciplinary Committee were notified today and can be contested before the FIFA Appeal Committee.