SC East Bengal look to get back to winning ways against NorthEast United FC! 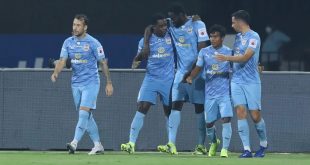 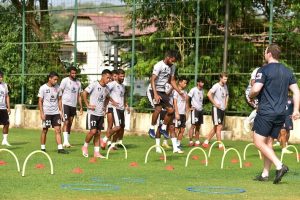 SC East Bengal will look to get back to winning ways when they take on NorthEast United FC at the Fatorda Stadium on Tuesday, February 24 in a Indian Super League encounter.

Speaking about the contest at the virtual pre-match Press conference on Monday, SC East Bengal Assistant Coach Tony Grant said, “They (NorthEast United FC) are a great side. I think they started the season really well. They’ve recruited well. There’s a good blend of youth and experience in there. They deserve to be up there. It’s going to be a tough test for our lads, but that’s when you can see what your players are made of.”

The Red-and-Golds currently occupy the ninth spot on the table with 17 points from 18 matches (three wins, eight draws, and seven defeats).

Asked if it’s difficult to motivate the personnel after the derby defeat, Grant replied, “It’s a tough result to take. I know the importance of a derby, having played many myself. The players love training here. I don’t think motivation will be a huge problem.”

Grant opined that his team couldn’t afford to concede ‘easy goals’. “I think we gifted ATKMB the second goal, but before that, we beat Jamshedpur and our defense did well. We keep working on different parts of the game. It’s football, so everyone can improve every day.”

NorthEast United FC, meanwhile, are very much in contention for a playoff berth, having made a resurgence in the latter half of the league under former red-and-gold Khalid Jamil. They currently stand fifth on the table with 27 points from 18 matches (six wins, nine draws, and three losses).

Unbeaten in eight matches, the Highlanders played out a thrilling 3-3 draw against Chennaiyin FC in their last outing. Imran Khan, Deshorn Brown, and Luis Machado scored for them.

Endowed with a sharp frontline, NorthEast United FC have netted 14 goals in their last seven matches. Much of this success can be attributed to Brown’s inclusion, who has found the net six times since joining from Bengaluru FC. He and Machado form a lethal duo upfront and will test SC East Bengal’s vulnerable backline.

The driving force of this team is certainly Federico Gallego, who has made 10 goal contributions (4 goals and 6 assists) this season already. Jamil and co. will count on the Uruguayan to engineer another win and take them a step closer to the playoffs.