So how was the year 2019 for Indian Football?

Arunava Chaudhuri 2019-12-31 General, I-League, Indian Super League, Team India Comments Off on So how was the year 2019 for Indian Football? 366 Views 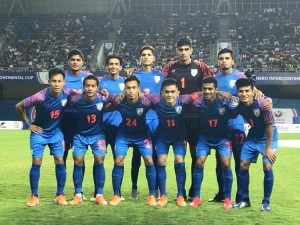 The year 2019 is set to end tonight and if one looks back at the year in Indian football, then a lot happened across the 12 months to look back at…

The most important decision for Indian club football in 2019 was the finalisation of the road map of merging the Indian Super League and I-League into a unified league in the coming five/six years. Without the intervention of the AFC this would have been unthinkable as the stakeholders of Indian football were unable to find a solution.

The uncertainty of the top league structure of Indian club football with the ISL and I-League competing with each other has been harming Indian football for a while.

Now with the roadmap finalised, lets hope this will help with the commercialisation of Indian club football, making the clubs finally profitable and sustainable.

It was a mixed year for the Indian national football team. There were highs like beating Thailand 4-1 in the 2019 AFC Asian Cup opener or the away draw to Qatar in the joint 2022 FIFA World Cup/2023 AFC Asian Cup qualifiers.

But also lows of conceding in the 90th minute against Bahrain to be eliminated from the 2019 AFC Asian Cup or 1-1 draws against Bangladesh and Afghanistan in the joint 2022 FIFA World Cup/2023 AFC Asian Cup qualifiers.

The year started with Stephen Constantine as head coach, but after the 2019 AFC Asian Cup elimination, he resigned and was replaced by Igor Stimac, who started on a bright note but ended in misery with India eliminated from the 2022 FIFA World Cup.

For more go to my article: How was the year 2019 for the Blue Tigers (Team India)?

The Indian Women’s national football team played more matches than ever before in their history. Besides defending their SAFF Women’s Cup and South Asian Games titles, the India Women nearly made it to the third round of the Asian qualifiers for the 2020 Olympics.

Besides playing more friendlies and having numerous long camps, the Indian Women’s League is also helping Indian Women to get more exposure and matches than before.

But on the other side, the India U-19s disappointed losing all their matches against Uzbekistan, Saudi Arabia and Afghanistan to finish bottom of their group. The India U-19s face not qualified for an AFC U-19 Championship since 2006, which had been hosted by India.

A big focus on the AIFF has been on the India U-17 girls after it was awarded the 2020 FIFA U-17 Women’s World Cup. In Thomas Dennerby an experienced women’s coach was brought in, the scouting program has been extensive and now the girls are being exposed to top level girls football. A big year awaits in 2020.

The ISL-5 ended with Bengaluru FC winning the 2018/19 season title beating FC Goa 1-0 in the final at the Mumbai Football Arena.

These two had been the best teams in the league season with Bengaluru FC topping the table on the better head to head record, while FC Goa were the more free flowing side.

In the ongoing ISL-6, FC Goa with ATK and Bengaluru FC have been the early pacesetters, while Mumbai City FC have made a late charge to end the year in the top four.

Talking of Mumbai City FC, they got investment in 2019 from the City Football Group, who bought 65 percent of the Islanders in the biggest foreign club investment in Indian club football.

Mumbai City FC became the eight club in the City Football Group empire, which is huge not only for the Islanders but also the Indian Super League as this will up the game in the league in the coming years.

The I-League continued to be one of the most competitive leagues in the world with a new champions once more crowned.

Chennai City FC were the surprise champions of the 2018/19 I-League, lifting the trophy a point ahead of Kolkata giants East Bengal Club, for whom the I-Leaue remains in the elusive trophy. Four Spaniards led by joint top scorer Pedro Manzi besides local Indian talent under a coach from Singapore in Akbar Nawas were a somewhat unbeatable combination.

But another I-League story were promoted Real Kashmir FC. A team from Srinagar which over the year had to fight many off the field problems not only to reach the I-League but to stay there under their Scottish manager David Robertson. Its a typical I-League story in recent years!

Peerless Sports Club lifted the 2019 Calcutta Football League – Premier Division ‘A’ title to become the first teams since Eastern Railway in 1958 not being a big three to lift the CFL title.

It was an incredible achievement with Liberian top scorer Ansumana Kromah leading from the front as they became the first team in 61 long years who is not East Bengal, Mohun Bagan or Mohammedan Sporting to win the Calcutta Football League..

It is about getting more and more children to play formal football across India, which isn’t an easy task but a lot of different state associations, districts, clubs, academies, NGOs and initiatives are working to achieve the same, but much more effort needs to be put into this area, then better quality of coaching is needed to develop the next crop of professional Indian footballers.

In the end I have to make a special mention about India and Bengaluru FC captain Sunil Chhetri.

Sunil is now 35 years plus but like an old wine, he is getting better and better with age. He now knows his body, what he all needs to do to stay fit and lead from the front.

A different person than the shy boy he used to be as a youngster at Mohun Bagan with the likes of Jose Barreto, Baichung Bhutia and Renedy Singh around.

I hope Sunil continues to play many more years for club and country! 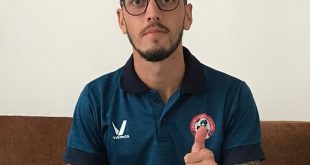