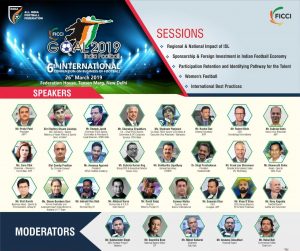 The sixth edition of the FICCI GOAL 2019 – Convention on Business of Football will be held on Tuesday, March 26 at the FICCI Federation House on Tansen Marg in New Delhi.

The initiative was established by Federation of Indian Chambers of Commerce and Industry (FICCI) and All India Football Federation (AIFF) in 2013 to support the development of the Indian football industry and promote strategic dialogue around the game.

Amongst the speakers will be

The moderators of the day will be

@Arunfoot
Previous XtraTime Video: Will Jobby Justin stay with East Bengal or leave?
Next India out to break AFC U-23 Championship qualification jinx in Tashkent! 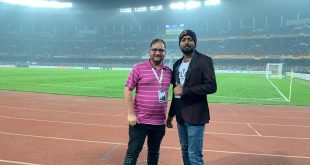