The game becomes more beautiful when the Blue Tigers roar! 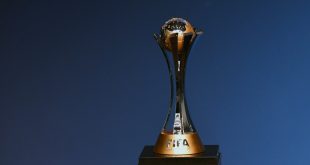 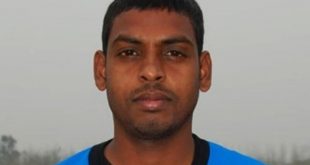 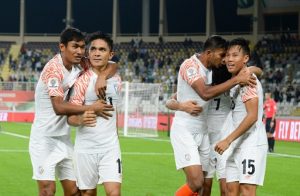 As soon as the referee blew his whistle to indicate the start of the second half, one could almost spot Udanta Singh lurking on the right wings, unbeknownst to the TV camera focusing on the kick-off, and most probably the Thai defenders too.

A minute later, Udanta Singh took to his bike, bombarded down the right flank, running in a ‘flash’. And in the flash of a moment unfurled a low cross into the box.

A second later, Chhetri’s right-footed attempt from the top of the box left the Thai goalkeeper mapping the trajectory of the shot and just like that, India had scored their second goal of the match, two minutes into the second half.

68 minutes into the match, India leading 2-1 against Thailand, the trio of Sunil Chhetri, Udanta Singh and Ashique Kuruniyan were running circles around the Thai defence.

It seemed a new India altogether – an India capable of holding the ball, of passing the ball, of playing on the counter with defensive solidity, and most importantly of footballing maturity.

There was more in store. Chhetri, lurking in the hole essayed a delectable defence-splitting pass to Udanta in the box. Udanta’s first touch is sheer beauty, magical. He tries to round it past onrushing Thai custodian. He failed but in that flash of a moment, spots the second youngest player in the AFC Asian Cup, Anirudh Thapa as support.

At the age of 21, Thapa showcased the footballing maturity of a midfielder twice his age and stature. Boosted with confidence to make his mark the former AIFF Academy cadet chipped it over two helpless Thai defenders and the goalkeeper. Sheer class!

India were 3-1 up and the fans went berserk.

On the touchline, the Coach was as cool as a cucumber. Had he expected this sort of performance against a team that dominated possession in the first half? After India had surged into the lead in the 27th minute through a Sunil Chhetri penalty, there was little joy in his eyes, but an expression of ‘I knew this was coming’ that spoke volumes.

But the emotions came out in the 80th minute. Assistant coach and former India captain Shanmugam Venkatesh rushed to greet Constantine, arms open. Physio Gigy George punched the air with all his might, a valiant look on his as if he has just won a war. Masseur Liaqut Ali could not believe his eyes, he held his face between his hands and after a pause burst laughing with joy. India had just scored their fourth goal of the match after Jeje, in a very Fernando Torres-esque way had hoofed the ball from inside the box.

India had secured a win since 1964 in the AFC Asian Cup thumping Thailand 4-1. Even as the Blue Tigers celebrated with Viking claps, there might be a figure in the distance appreciating, perhaps. Only if it was not against him, the Thai custodian Chatchai Butprom would have certainly applauded India’s goals against any other goalkeepers – a cool penalty into the left corner, two outside of the box finishes, and a calm chip into the back of the net.

But on the night, it all came against him. Maybe he’s not certain whether to respect the beauty of the sport or come in terms to the fact that he had just been taken for a ride. 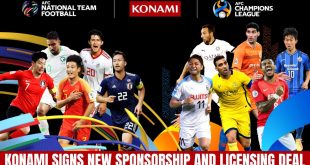