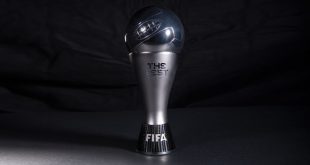 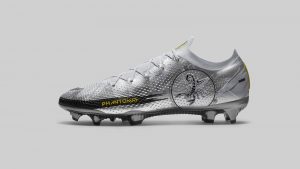 A clear-cut synergy exists between the Nike Phantom GT boot and the brand’s iconic 2002 advertisement, “Secret Tournament”. The style of football — filled with the era’s creative playmaking icons — set stage for the evolution of expressive, risk-taking footballers for whom the Phantom GT was designed.

Launched in March 2002, the campaign centered on a fictional 8-team, 3-a-side tournament, first goal wins. All matches took place in an enclosed “cage” on a ship. Its timing coincided with international play in South Korea and Japan, and with local 3-a-side tournaments staged around the world.

With the Phantom GT Scorpion, the generational link between “Secret Tournament” and boot materializes through a chrome upper and plate referencing the tournament’s ball, painted brush strokes mimicking the on-ship location and the yellow/black hazard stripes framing the goals. Additionally, a lateral scorpion graphic, featuring the phrases “Secret Tournament” and “Engineered For Skills”, updates the original scorpion logo. 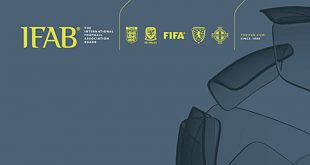 Proposals for additional substitution trials in cases of suspected concussion supported by The IFAB’s advisory panels!