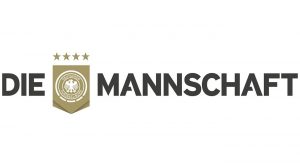 In a somewhat surprise move, the German head coach Joachim Löw confirmed his decision on Tuesday afternoon that Thomas Müller, Jérôme Boateng and Mats Hummels are no longer a part of his plans ahead of the first international of the year against Serbia in Wolfsburg on March 20.

“2019 is a new beginning for the Germany national team,” said Löw. “It was important for me to personally explain my decision to the players and the FC Bayern management.” The coach thanked the three 2014 World Cup winners for many successful, extraordinary and unforgettable years.

“Now it’s time to set the course for the future. We want to give the team a new look. I am convinced that this is the right step. With the the EURO 2020 qualifying campaign about to begin, we wanted to make it clear that this is a new start. The youngsters coming through will have the room they need to grow. Now it’s up to them to take on responsibility,” said Löw.

DFB president Reinhard Grindel backed up Löw’s tough decision. “I appreciate that Joachim wants to carry on changing the shape of the national side. Making personnel changes at the start of the qualifying phase for EURO 2020 is the right time,” said Grindel. DFB director and national-team coordinator Oliver Bierhoff also supported the move: “We now want to make it clear that this is a new beginning for the squad.” The current mission is “to decide what’s best for the national team, in order for it to return to the top of the world.” Bierhoff also added: “Thomas, Mats and Jérôme achieved so much with Germany and will continue doing so with their clubs. I still feel very connected to them and I am thankful for their work with the national side.”

Müller has won 100 caps since his debut against Argentina on March 3, 2010, scoring 38 goals. Hummels has appeared 70 times since his first cap on May 13, 2010 and has bagged five goals. Boateng scored just one goal in his 74 games for Die Mannschaft, appearing for the first time in a World Cup qualifier on October 10, 2009 in Russia.