Home / Indian Football / I-League / Trials for the Mumbai FC Under-15 boys next week!

Trials for the Mumbai FC Under-15 boys next week! 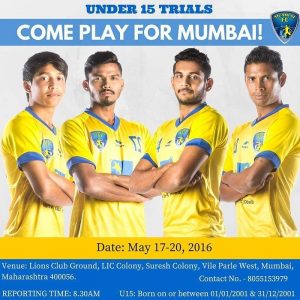 The MFC Under-15 boys trials would be held at the Lions Club Ground, LIC Colony, Suresh Colony, Vile Parle West in Mumbai.