UEFA meets with General Secretaries from its 55 member associations!

Press Release 2020-08-09 Europe Comments Off on UEFA meets with General Secretaries from its 55 member associations! 256 Views 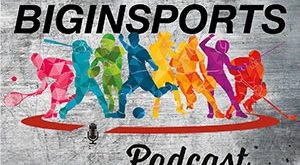 UEFA and the General Secretaries of the 55 National Associations met in a video conference on Thursday, August 6 to discuss topics related to the restart of UEFA competitions in the light of the current situation; most notably those for clubs, national teams and youth.

For club competitions, the discussion focused on the upcoming qualification rounds and a detailed explanation was given of the recently published Annex I to the 2020/21 UCL/UEL competition regulations which deals with travel restrictions and positive tests for COVID-19, which may have an impact on the continuity of the competitions.

It was stressed that, in order to comply with travel restrictions and quarantine requirements issued by authorities, some matches may need to be moved to neutral countries/stadia and the detailed scenarios were presented.

In this respect, UEFA, thanks four associations for their cooperation (Poland, Hungary, Greece and Cyprus), which means that it has been able to provide neutral venue hubs, with these countries making some of their stadiums available on the scheduled match dates and offering a travelling corridor to the teams to come and play the match without restrictions.

The September international window was also discussed and the difficulties that the national teams will have to face with the same restrictions highlighted. Close cooperation between all teams and UEFA will be needed to ensure the regular staging of all matches. The possibility of playing international matches at neutral venues cannot be discounted at this stage.

Both UEFA and national associations are aware of the importance of allowing fans back into stadia but the situation in Europe is very fragmented. UEFA is constantly monitoring the evolution of the regulatory landscape in the different countries and a review of the situation is planned around mid August to see if the current decision of playing all matches behind closed doors can be at least partially changed.

Finally, the youth national team championships have also been discussed, including proposals to move most of these activities back to Spring 2021.

A further meeting is planned later in the month to resolve some of the outstanding issues.