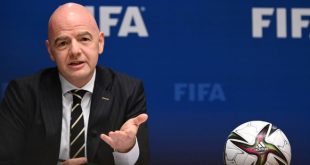 FIFA chief Infantino: We need to face the problems in football together!

With 2022 FIFA World Cup preliminary-competition action already under way in Africa, Asia and South America, UEFA’s 55 member associations are eagerly looking ahead to the start of their own race to reach Qatar 2022, with 13 berths available. Their anticipation will be heightened on December 7, when the preliminary draw will take place at 18:00 CET in Zurich.

Due to the COVID-19 pandemic and related restrictions, the ceremony will be held as a virtual event without the presence of member associations’ representatives.

Europe’s road to the 2022 FIFA World Cup will feature a group stage comprising five groups of six teams and five groups of five teams. All teams within a group will play each other twice in a home-and-away format between March and November 2021. The ten group winners will qualify directly for Qatar 2022, with the ten runners-up advancing to the playoffs.

Besides the ten runners-up from the group stage, the playoffs will also include the two best group winners from the UEFA Nations League 2020-2021 overall ranking that did not qualify directly for the 2022 FIFA World Cup and did not enter the play-offs as runners-up. The 12 teams will be split into three playoff paths, which will feature single-leg knockout matches in March 2022 to determine the last three European nations to book a place in Qatar.

For the sake of the preliminary draw, the 55 participating teams will be allocated to six pots – five containing ten teams and one containing five teams – based on the FIFA/Coca-Cola World Ranking of November 26, 2020.

As Pot 6 will only contain five teams, these teams will be drawn into the sixth position in groups F to J.

The full draw procedures, including details on constraints, are available here.

Fans around the world will be able to follow the draw live on FIFA.com and through FIFA’s broadcast partners.

To date, 146 out of 900 FIFA World Cup 2022 preliminary-competition matches have been played and 191 teams remain in the race for one of the 31 berths that are still up for grabs. Hosts Qatar have qualified automatically and will kick off the tournament on Monday, November 21 at 13:00 local time (11:00 CET) at Al Bayt Stadium.

Further details on the 2022 FIFA World Cup preliminary competition are available on FIFA.com. 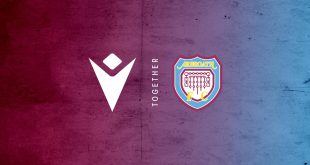 Macron and Arbroath FC, playing in the Scottish Championship, are delighted to announce the new …