Arunava Chaudhuri 2018-10-12 Other Leagues Comments Off on VfL Bochum extend contract of their head coach Robin Dutt until 2020! 807 Views 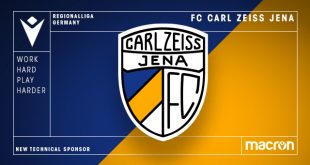 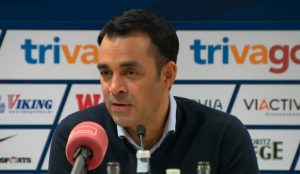 German Bundesliga 2 side VfL Bochum 1848 and their head coach of Indian origin Robin Dutt have agreed on extending his existing contract by one year until June 30, 2020.

Sebastian Schindzielorz, Managing Director of Sport at VfL, explained the reasons for the contract extension by saying, “Robin Dutt took over the team in a very difficult phase and put it back on track with his experience, calm and professional competence. In the year table of 2018 no team from Bundesliga 2 got more points at the moment than VfL, which is to a large extent the merit of Robin Dutt, but also of his coaching team, with which he harmonizes wonderfully. In addition, we have found back to our home strength under his leadership, 21 points from the first eleven home matches prove that. The VfL has a clear game idea, the team is stable. Thanks to his communicative and analytical nature, he has also managed to create a pleasant working atmosphere outside the square.”

Robin Dutt took over VfL Bochum 1848 on February 12, 2018, taking him from 14th to sixth place in the final classification of the 2017/18 season. In the current season, the Blue-Whites are currently seventh with 14 points, three points away from Union Berlin (2nd) and Hamburger SV (3rd).

The head coach Robin Dutt himself is optimistic about the further cooperation, “I am very happy about the trust placed in me. The VfL and the city Bochum correspond to my nature. Especially the daily work with my functional team and the players is a lot of fun. I feel that Sebastian Schindzielorz and Ilja Kaenzig are very competent managing directors, who I will support with all my strength to keep the club among the top 25 teams in Germany.”

@Arunfoot
Previous Sandesh Jhingan to captain India in friendly against China!
Next Star Sports Network to telecast the 2018/19 I-League!