Home / Indian Football / General / Was the AIFF right to cancel the remainder of the 2019/20 Indian football season?

Arunava Chaudhuri 2020-04-26 General, I-League, Second Division League Comments Off on Was the AIFF right to cancel the remainder of the 2019/20 Indian football season? 418 Views 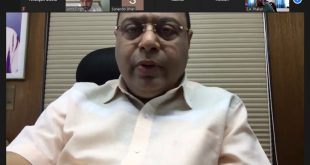 The global Coronavirus (COVID-19) pandemic has been having a effect on football around the world with Indian football not being an exception.

The All India Football Federation (AIFF) defacto had to cut off the 2019/20 season over the weekend of March 14/15 with the Indian Super League final between ATK and Chennaiyin FC played without fans at an empty Jawaharlal Nehru Stadium in Goa, while the I-League and Second Division League were then suspended.

On Saturday, April 18 the League Committee sends its recommendations to the AIFF Executive Committee! to conclude the 2019/20 season with the I-League cancelled and the Second Division League looking at options to be played to decide I-League promotion.

Then on Tuesday, April 21 the AIFF Executive Committee approves recommendations of League Committee! to end the 2019/20 season.

But the question to me is, was the AIFF right to cancel the remainder of the 2019/20 season? Was no other decision possible?

World governing body FIFA with their confederations in the pandemic has made it possible to be flexible with the ending of the 2019/20 season, which is globally June 30 but in India is May 31.

So the AIFF could have kept the I-League besides the Second Division League suspended and could have restarted the I-League whenever sports in India is allowed to restart.

And especially this season with the I-League being such a close race for the runners-up spot and the fight to avoid relegation with all clubs from second to 10th spot in it, it would have been a great season finale.

But on the other side, most I-League clubs have contracts with their players ending either on April 30 or May 31 and an extension beyond those dates would have cost them a lot of money.

The Second Division League situation is more complex and it looks likely that a tournament format would sort out the promotion to the 2020/21 I-League.

But whatever decision had to be taken by the federation, it was in the time of a global pandemic and therefore it wasn’t an easy one to make.

@Arunfoot
Previous We shall overcome current situation ‘together’, say Chennai City FC stars in unison!
Next AFC VIDEO: Let us come together and #BreakTheChain!