Eintracht Frankfurt get suspended one-match ban on spectators plus fine! 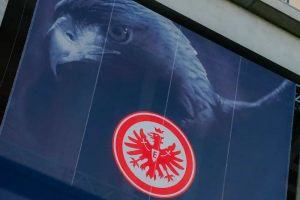 On Wednesday afternoon, the UEFA Control, Ethics and Disciplinary Body made their decision on the incidents that occurred during the UEFA Europa League semifinal second-leg against West Ham United in Frankfurt on May 5, 2022.

The newly crowned UEFA Europa League-winners Eintracht Frankfurt have been ordered to play a home match in a European club competition behind closed doors, although the punishment has been suspended for a period of two years. The body also handed out a fine of 80,000 Euros.

The punishment mainly related to the “pitch invasion” by Frankfurt supporters, who in the euphoria of reaching the final entered the field in large numbers at the final whistle, as well as the repeated setting off of pyrotechnics and throwing of objects.