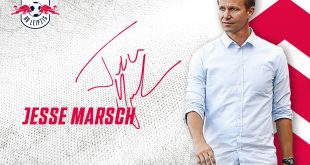 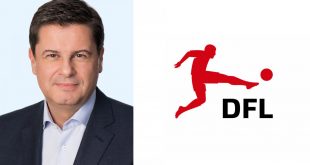 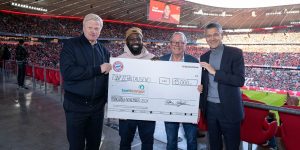 FC Bayern Munich has donated the €15,000 proceeds from the sale of T-Shirts from the club campaign ‘Reds against Racism’ to ‘buntkicktgut’. FC Bayern President Herbert Hainer and CEO Oliver Kahn presented the cheque to two ‘buntkicktgut’ representatives, Rüdiger Heid and Oussman Kofia.

FC Bayern president Herbert Hainer said, “We are very pleased to be able to support ‘buntkicktgut’ in its efforts for more tolerance with this donation. FC Bayern’s ‘Reds against Racism’ is constantly sending out a message of togetherness without limits, and we’ll continue this cross-club initiative. Sport unites people, regardless of their origin, skin colour or religion. That is what FC Bayern stands for as an open-minded club with its values.”

FC Bayern CEO Oliver Kahn said, “We’d like to thank all fans who set a social example by purchasing our ‘Reds against Racism’ shirts — and with this donation of the total proceeds also support an organisation like ‘buntkicktgut’, which makes an important contribution to tolerance, diversity and understanding coexistence. We want to raise awareness of this issue because exclusion has no place either in sport or society.”

“FC Bayern Munich’s collaborations with ‘buntkicktgut’ courageously show how serious and important its social responsibility and positioning is to them,” said ‘buntkicktgut’ director Heid. “We are very happy about FC Bayern’s honest commitment and the pledge of €15,000 as part of ‘Reds against Racism’ for our work. These funds are a welcome basis for financing our projects FC Interculturale München and ‘Street Football Work’ in Sokode and Lome in Togo. When it comes to the issues of discrimination, exclusion and baiting of marginalised groups in society, we at ‘buntkicktgut’ have been sending out messages for over 20 years through our shared passion of football and demonstrate visible and lively colourful diversity as a self-evident and positive reality of our world. We hope and look forward to many future collaborations with FC Bayern. Thank you very much!”

FC Bayern and ‘buntkicktgut’ have been initiating projects together for many years. This spring, they implemented joint workshops on racism, diversity and tolerance at the FC Bayern Campus.