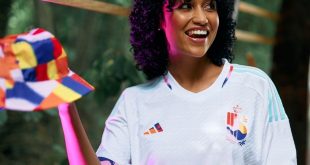 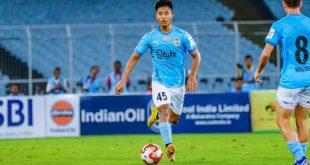 Ahead of the new season of the Azerbaijan Premier League which kicks off on Friday, August 5, the FIFA Forward programme has funded the implementation of new technology. Video Assistant Referees (VAR) will be operational for the first time in 2022/23, as well as for Azerbaijan Cup games. FIFA’s financial contribution to the VAR project amounts to USD $479,173 from the Forward 2.0 cycle.

The Association of Football Federations of Azerbaijan (AFFA) will have three Video Operation Rooms (VOR) in the match centre and an additional single mobile VOR. This will enable VAR to be implemented in up to four matches simultaneously, with an option for further expansion in the future.

After visiting various countries to familiarise themselves with different systems, the AFFA VAR project team opted for a centralized system for stadiums, located in Baku and a decentralised system for the regions.

In order to be fully prepared for this milestone moment, Azerbaijan Premier League referees have been trained on both the theoretical and practical elements of the technology, with three workshops delivered in collaboration with the Turkish Football Federation. More than 30 full test games have also been held, across all the relevant stadia in the country.

As part of the final phase of preparations, a representative of FIFA’s Technology and Innovation Department joined the project team on-site during testing in mid-July, for an assessment of the VAR technology solution.

“The implementation of VAR in our country faced some challenges, as this process coincided with the COVID-19 pandemic ” said Sarkhan Hajiyev, General Secretary of AFFA. “We are very happy that the final assessment evaluations held by FIFA were successfully concluded, so that Azerbaijan football could become a member of the big VAR family”.

Kapaz FC, who have just returned to the Premier League, and hail from Ganja, Azerbaijan’s third largest city, will open the season against Zira, in a new 10-team format this term – an increase from the eight teams who contested the championship in each of the last six years. The challenge for all teams will be the hegemony of Qarabag FK. The club who play in the capital city of Baku have won the league in eight of the last nine seasons, and were the first Azerbaijani team to advance to the group stage of the UEFA Champions League, back in 2017-18.

Through FIFA Forward funding and UEFA’s Hat-Trick programme, football in Azerbaijan has already been strengthened with projects such as the construction of a training centre in Tovuz. That facility includes a fully equipped modern stadium, four mini-pitches (including one indoor pitch), academy rooms and restaurants. The complex now, serves as the main centre of football in the region, providing opportunities for the development of youth and professional footballers.

This allows the same standards to be applied when using VAR in a new competition, offering assistance in tackling the challenges related to the organisation and management of VAR implementation and overseeing training programmes for personnel in charge of VAR technology. 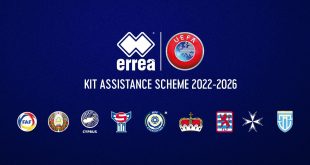