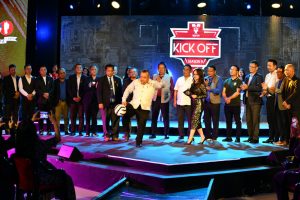 The Captains of each club partook in oath-taking led by former India international Lalchhuanmawia, and another ex-India player Jerry Zirsanga conducted the draw for the league matches. 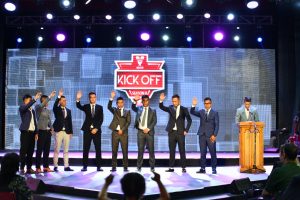 Attendants of this ceremony were serenaded with songs from top local artists and the top models of the state thrilled the crowd sporting the jerseys of the different clubs.

Each team will face each other twice in the course of the league with the top-four sides securing a spot in the semifinal. While the semifinals will be two-legged ties, the summit clash will be one-off encounter.

The inaugural match of MPL Season 9 will kick off on September 8 at the Rajiv Gandhi Stadium in Aizawl where the champions Aizawl FC will face Chawnpui FC. 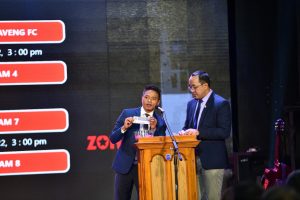 This will be the ninth edition of the Mizoram Premier League, which has now become one of the most popular state leagues in the country – the last edition of MPL was played way back in 2019 and was halted due to the pandemic.

Over the years, the Mizoram Premier League has worked as a launch platform for many players who are now plying their trade in the I-League and the Indian Super League.

MPL – Season 9 is sponsored by Zote Honda with all matches to be broadcast live on Zonet TV.