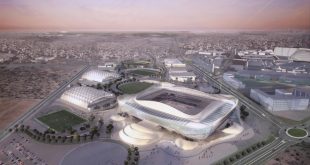 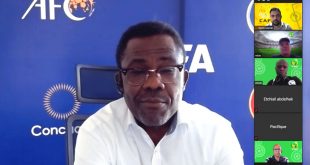 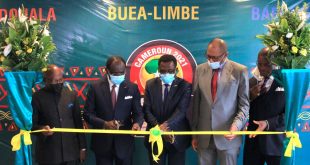 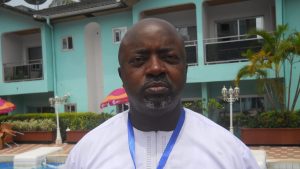 Delegates on Saturday, June 5 during the SLFA 2021-Elective Congress in Makeni elected Thomas Daddy Brima as the new President of the Sierra Leone Football Association.

Brima succeeds Isha Johansen after securing a total of 31-vote from the polls to defeat his opponent Sadick Deen-Nyarkoh who pulled 26-vote to begin his four-year term.

Before the much awaited Elective Congress at the Wusum hotel in the Northeastern city of Makeni, three candidates, namely Emmanuel Saffa Abdulai, Isha Johansen and Rodney Michael withdrew from the contest to be President.

FIFA Observer Solomon Mudege who was in attendance commended delegates for their high level of civility, peace and transparency displayed throughout the Elective Congress and assured FIFA’s continued support to help develop Sierra Leone’s infrastructure.

The newly elected SLFA President, Thomas Daddy Brima is a renowned businessman and Chairman for Western Area based second division club Lumley Striker and has been in football management for a little over a decade.

The former Bo Kauka Strikers player told CAFOnline.com that he is super committed to reunite the football family in Sierra Leone noting that he will bank on his long lasting relationships established with others over the years as a player, Teacher, football administrator and a Businessman.

He says: “It feels good to always win, and winning an election of this nature to be the SLFA boss is fulfilling.

“I’m deeply honored for the support from all delegates as well as my predecessor Isha Johansen (now a FIFA Council member) for listening to me and withdrawing from the FA contest. I’ve listened and noted her several requests during the congress directed to the new President of the FA to end the aging divide among stakeholders in the county’s football while upholding integrity, dignity and transparency in the game,” he noted.

Elected Ex-Official members are Kweku Lisk and Mohamed Sorie Jalloh while Ramatulai Kamara won the reserved Female EXCO position uncontested to become the first woman to be elected to the SLFA Executive Committee.