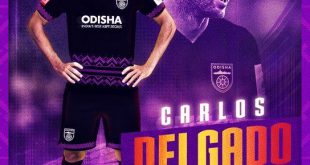 Staring into the future and making the most of every minute, quite literally – was the story of Hyderabad FC’s recently concluded campaign in the Reliance Foundation Development League.

Hyderabad FC, who lay real importance on promoting youth and giving them a platform to shine, were, not shockingly, one of the biggest talking points in the inaugural edition of the RFDL held in Goa.

The competition, aimed at providing more game time to the reserve teams, was a real success for everyone involved, and newly appointed HFC First Team Assistant Coach, Shameel Chembakath, who was the head coach of the club’s reserve team in the 2021-22 season, was all praises for the organizers.

“The time and effort that went into planning this competition was worthwhile and we are grateful for the commitment the Reliance Foundation has shown. There were some really good games, and the teams approached the competition with the right attitude,” said Shameel.

“It was amazing to see young talents get a chance to shine and these games gave our players a wonderful platform to improve. This was their chance to take over the responsibility and push for excellence. We will look forward to such campaigns in the future and would like to express our heartful gratitude to everyone for their continuous support,” he added.

Shameel Chembakath’s team raised quite a few eyebrows with their performances in what was a big learning curve for a young side brimming with confidence. And he believes that this is only the start.

Hyderabad FC fought hard, as a team, right till the final game, but fell just three points short of a top-2 finish. Having registered four wins and a draw in seven games, HFC put out a great account of themselves and Coach Shameel is proud of the boys.

“We showed great courage and personality in every game but in football, you can lose even when you are the better team. In a couple of crucial games, we did not take our chances and if the results were in our favor, the standing would have been different,” he said.

While playing some really attractive football, Hyderabad FC also showed the spirit that runs at this club, right from the first team. The young guns in Yellow and Black scored four crucial goals after the 85th minute in four different games, which earned the team over five points, and this attitude is what turned them into a team to watch out for, even for the neutral.

“We as a team were growing stronger, but it is also important to sometimes grind out results, and unfortunately, we fell just short of achieving our goal. However, I am really proud of my team with the effort they put in, the togetherness and the character they showed, even under pressure,” added Coach Shameel, praising the attitude of his team.

Hyderabad started the campaign with a loss to Kerala Blasters but bounced back well to beat the Reliance Foundation Young Champs. They also went on to win their last three games in a commendable fashion but the points they dropped in games against FC Goa and the league leaders Bengaluru FC, turned out to be crucial in the end.

“Hyderabad were the better team and deserved to win this game,” were the words from BFC coach Naushad Moosa, after Hyderabad were beaten by a stoppage-time winner.

The HFC youngsters had plenty of chances, and on another day, would have run away with all three points and that loss was not easy to accept for the team.

However, Coach Shameel and his team were not completely disappointed, as they showed by finishing the competition with three consecutive wins. He also feels that there is a long way to go for these players to reach their potential.

“I have a different philosophy. For me, work rate, commitment and concern are always the priorities. We have a bunch of young and exceptional talents who have great potential but I still believe we need to give them more game time, and help them build a strong mindset to achieve more and be the best they can be,” added the 36-year-old.

Hyderabad FC had up to five different goal scorers, five different assist makers, and defended as a team to see out some tough results all throughout the campaign. Although they started off with a loss, and were not at their best in the first few games, the young guns bounced back and showed character to stay in hunt for qualification right till the last kick of the ball in the RFDL.

And Shameel Chembakath was proud of the way his side never gave up. “We were fully focused right from the beginning. But we have a long way to go before we are at that top level. However, results alone don’t define us. It’s the grit, determination resilience, and character that defines us and I am really proud of my team,” said Shameel.