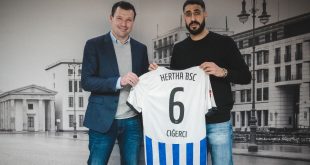 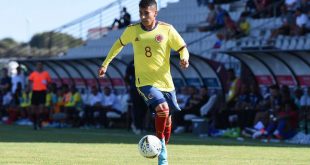 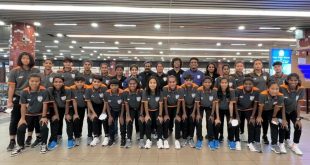 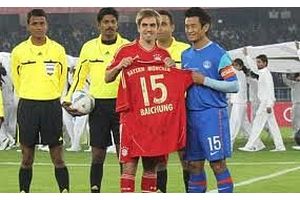 I will never forget January 10, 2012; then it was the day that the Indian national football team faced FC Bayern Munich for a mid-season friendly in the first-ever Audi Football Summit at the Jawaharlal Nehru Stadium in New Delhi. Bayern Munich in the end won 4-0, but that day it was about legendary Bhaichung Bhutia playing for one, last time for India.

The goals for Bayern Munich all came in the first session with Mario Gómez (14′), Thomas Müller (29′,37′), and Bastian Schweinsteiger (43′) scoring.

It was a cold, foggy day in the Indian capital but still over 35,000 football fans came to watch the Bundesliga giants once more grace Indian shores. In 2012 it was FC Bayern’s fifth India visit, then in 2005 the first visit came from the FCB Second team; in 2008, Oliver Kahn played his final game for the club against Mohun Bagan AC infront of 125,000 spectators in Kolkata; in 2009, the FCB Second team returned to play in Kolkata against East Bengal Club and in Siliguri against a Bengal XI; then the FC Bayern Legends faced an East Bengal Allstars in 2010 before the 2012 game of the first team in Delhi.

But what did it take to organise the match?

Often you don’t hear about what it all takes to organise such friendly matches. So I wanted to tell you a little story on how this match was planned and organised in less than 90 days!

On Wednesday afternoon on October 12, 2011; I got a call by Bayern Munich with the idea of playing a match in early-January 2012 in India after the yearly FCB mid-season camp in Doha, Qatar. I liked the idea and we got on a call with Audi India to discuss in basic, how such a game could be organised. But we got into so much detail with Audi India having only one requirement, the game needed to be played in Delhi as some FC Bayern players needed to promote their cars at the then ongoing AutoExpo. It all looked like we could pull this one off that on Thursday evening we were actually on our way to Delhi. By that time I had the idea to play this time against India with the game being Bhaichung Bhutia’s testimonial match.

The idea was liked by all sides, so we presented the idea to the All India Football Federation as without them on board, we couldn’t play against the Indian national team. They got their marketing partners IMG-Reliance on board too, but it was made clear from the onset that this would be a game organised by Audi India with both India and Bayern Munich being guests of the German car major. Bhaichung also liked the idea and came on board.

With the basics sorted, a press conference was organised in Delhi over that weekend with Bhaichung Bhutia and then Audi brand ambassador John Abraham present.

In less than five days, the idea of an India vs Bayern Munich game became reality and everyone involved had enough on their plate to make the game a full success.

I myself spend most of my time over the next three months in India or between the two countries with one day in December being the craziest as I left Mumbai with an early morning flight for Munich, freshened up at Bayern Munich’s Säbener Straße training complex, did multiple pre-tour media interactions and planning meetings before heading back to India in the evening, but this time to Delhi. I will always remember the immigration officers asking face on when I had left India and from where.

I then also visited the Doha training camp in early-January for a few days before heading off to Delhi for the final preparations ahead of the match.

It would be a memorable night for all… 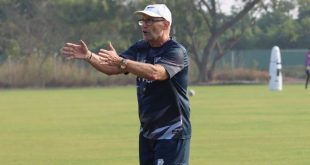 Sixty-three-year old Thomas Dennerby from Sweden is a cheerful person, whose talents have allowed him …