Errea is the new official technical partner for FC Motown! 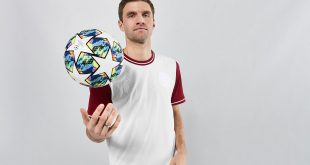 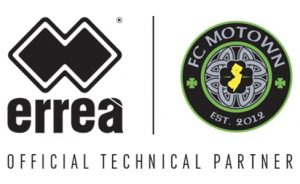 Erreà Sport USA has announced the partnership with FC Motown, as their official technical partner, for the next three seasons.

Dan Karosen, Co-Founder of FC Motown, “It is a great honor to be one of Errea’s flagship North American clubs as they ramp things up in this market. They outfit incredible teams like Parma, Norwich City, QPR and the Icelandic National Team. We were very impressed with the quality and customization capabilities of their kits. This is a 3-year partnership that will enhance the FC Motown brand and provide our players the highest quality of gear.”

Roberto Gandolfi, Erreà USA President, “NPSL is a very competitive league and we’re glad FC Motown has decided to choose Erreà as their partner. As a true manufacturer of technical teamwear our family values and traditions are closely aligned with those of the Club. We look forward to the new kit launch as the beginning of a long-term partnership.”

FC Motown, that took its name as a spin-off of Morristown’s nickname of ‘Motown,’ plays in America’s National Premier Soccer League. The Club was started as a co-ed team team in 2012 by high school classmates Scott Kindzieski and Dan Karosen and in five short years has become of the top amateur teams in the nation.

The adjudicatory chamber of the independent Ethics Committee has found Wilmar Valdez, former President of …