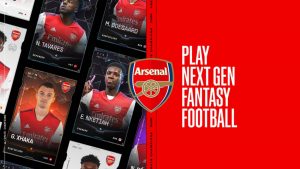 Ultimate Champions is a free to play cross-league fantasy football game that gives you the opportunity to build the best possible team with real world players and earn rewards based on how the players perform in real life.

The unique Ultimate Champions scoring system values every position on the pitch in the most balanced way possible, using wide ranging statistics from Stats Perform. This is a real differentiator and means players in positions such as defensive midfielder are finally rewarded for their actions with passes, blocks and interceptions being valued in addition to goals and assists.

You are not limited to selecting players from one league in a specific country and can build a truly international team by picking players from any league in the world that is a part of Ultimate Champions. This presents a real test of your global football knowledge and provides you with the opportunity to scout for up-and-coming talented footballers around the world.

In Ultimate Champions, you can earn in-game currency and you have the opportunity to purchase digital player card NFTs.

Please note that the in-game currency and the digital player card NFTs are forms of cryptoasset and that (a) the value of cryptoassets is variable and can go down as well as up; (b) cryptoassets are unregulated in the UK; and (c) capital gains tax may be payable on any profits made on the sale of cryptoassets.

The concept is simple: the more successful you are in the game; the more digital player cards you will earn. It’s then up to you whether you wish to keep your cards or trade them with other users. However, you can play the game in its entirety for free, without having to purchase digital player cards.

Arsenal’s Chief Commercial Officer, Juliet Slot, said, “Unagi’s Ultimate Champions represents the next generation of fantasy football gaming. We’re privileged to be the only Premier League club to join the free to play game and bring this brilliant concept to our supporters around the world, giving them the opportunity to apply their global football knowledge and test themselves as a football manager.”

“Arsenal and Unagi share many of the same values and our collective drive and ambition to be at the forefront of global fan engagement will stand us in good stead as we develop our partnership. We’re looking forward to working together to give our supporters the ultimate gaming experience.”

Unagi’s CEO Remi Pellerin said, “We are very proud and excited to welcome Arsenal to Ultimate Champions. Having grown up in London and been a Gooner my entire life, this partnership is particularly special! Arsenal’s young crop of players is perfectly suited to our innovative fantasy game: users will be able to scout for young talent, collect their favourite players’ digital cards, and play with them every week.”

“The value of these cards will evolve over time in line with the real performances of each Arsenal player – just like in any fantasy game. Except in Ultimate Champions, you get to keep the cards you collect and play with them season after season.”