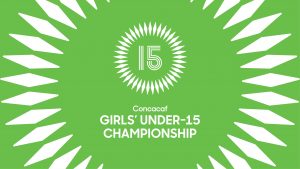 The final 18-player rosters for the 20 nations competing in the fourth edition of the CONCACAF Girls’ U-15 Championship (CGU15C) have been submitted ahead of the start of the tournament on July 31.

The rosters have been selected and submitted by each Member Association and are published as such. In order to be eligible to play in the 2022 CGU15C, all players are subject to and must fully comply with the criteria stipulated in the applicable FIFA player eligibility regulations.

In accordance with the Competition Regulations, changes to the final rosters will only be allowed in the event of force majeure or injury up until 24 hours before each team’s first match. All changes must be approved by CONCACAF.

Round robin group stage will take place between July 31-August 3, followed by a single elimination knockout round, with all 44 matches played at the Hillsborough County Tournament Sportsplex.

Furthermore, the teams that do not advance to the knockout stage will dispute an additional match for final position in the competition.

The reigning champions of the CONCACAF U15 Girls’ Championship is the United States, who claimed their second crown in the 2018 Final with a 3-0 win over Mexico.

Chubb, the world’s largest publicly traded property and casualty insurer, has teamed up with LaLiga, …