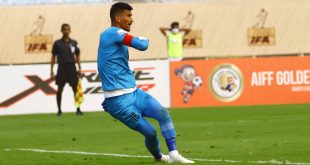 VIDEO: Nepal skipper Kiran Limbu: Playing I-League is the next level for us!

The return of the AFC Champions League (West) has confirmed the remarkable success of the Asian Football Confederation’s (AFC) website and social platforms since the last match in the competition in March 2020.

The lockdown and suspension of fixtures has not affected the extraordinary growth that the ‘fan-first’ digital strategy has delivered in the last six months with the 2020 figures overtaking those achieved in the entirety of 2019 – which also included the AFC Asian Cup record total engagement of 890.2 million.

In 2020, between the last AFC Champions League (East) match between Sydney FC and Jeonbuk Hyundai Motors on March 4 and the restart of the centralised West tournament in Doha, Qatar on September 14, there was a rise in traffic to the AFC website, www.the-afc.com, of 185.5%.

The AFC’s Arabic website has also seen significant rise in a record-breaking 2020 with an incredible 410.9% increase in traffic with the engagement levels on YouTube, Twitter and Facebook also continuing to grow in the West Zone.

More than 10 million fans are regularly engaging with the AFC’s highly successful polls and traffic has come from across the Continent with particularly strong following from Vietnam, Iraq, Jordan, Palestine, Indonesia and Lebanon as well as the traditional core markets in West and East Asia.

In China PR, despite the lack of AFC Competitions, the footprint continues to grow on both the AFC hub and AFC Asian Cup accounts on the Chinese social media platform, Weibo, while the Islamic Republic of Iran’s Instagram account in Farsi has recorded more than 100% growth in 2020.

Dato’ Windsor John, the AFC General Secretary, said, “Keeping our fans engaged with Asian football during the time when the AFC Competitions were postponed was a key objective and I am delighted to see the growth that the AFC has achieved.”

“Now that our club competitions are beginning to return, we believe that the mix of live content alongside the very popular fan focused content of the last six months will drive the continued expansion of the AFC’s digital properties.”