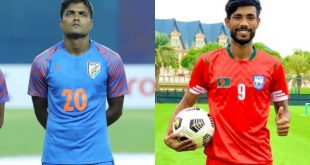 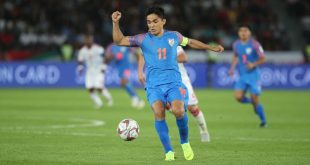 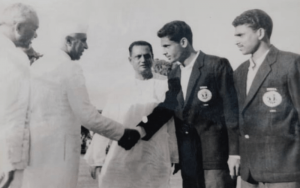 The All India Football Federation condoles the demise of former Blue Tigers centre-back Ahmed Hussain, who passed away today on Friday, April 16, 2021.

Ahmed Hussain made his debut against Bulgaria on December 7, 1956, and went on to make 11 appearances for India. He had represented the National Team in the 1956 Melbourne Olympics, where India finished fourth, and followed that up with a fourth-placed finish in the 1958 Asian Games in Tokyo.

AIFF president Praful Patel in his condolence message said: “It is sad to hear that Mr. Ahmed Hussain is no more. I share the grief.”

AIFF general secretary Kushal Das said: “Mr. Ahmed Hussain was a very talented defender who played with repute at the International and the domestic level. My condolences to his family. We pray for his soul to rest in peace.”

On the domestic front, Mr. Hussain had represented both Hyderabad and Bengal in the Santosh Trophy, and won it on four occasions.