Are RB Leipzig the ultimate dark horses for the Bundesliga crown?

Arunava Chaudhuri 2021-08-26 Bundesliga Comments Off on Are RB Leipzig the ultimate dark horses for the Bundesliga crown? 315 Views

Bayern Munich stormed to a ninth consecutive Meisterschale last season, and yet, the perennial champions still felt the need to move on from Hans-Dieter Flick. In his place is the 34-year-old, Bavarian-born, former RB Leipzig head coach Julian Nagelsmann.

As the Allianz Arena residents have done for countless seasons, in order to sustain their Bundesliga dominance, their transfer policy has started in Germany, snapping up top talents to stifle their opponents. Still, not only did Bayern grab Leipzig’s talented manager, but they also raided talented centre-back Dayot Upamecano.

However, the champions have also sustained several key losses this summer, seeing the likes of veterans such as Jérôme Boateng, Javi Martínez, and David Alaba depart for free, only adding Omar Richards of the English second-tier and Upamecano as replacements.

Die Roten Bullen, on the other hand, have splashed the cash, filling a void in the team perfectly while also seeking to embrace the ways of a new, upstart head coach. With Bayern Munich poaching Nagelsmann and Upamecano, and RB Leipzig seen as dark horses at best, the Bundesliga could have the makings of a close race.

Building on Last Season Despite the Losses

Finishing second has become somewhat of a title in itself in the Bundesliga over the last decade, with RB Leipzig achieving the feat for the second time in the club’s short history last season. They trumped Borussia Dortmund by a single point but fell short of the top spot by 13 points, scoring 39 fewer goals as well.

Overall, Bayern Munich proved to be more consistent over the course of the whole season, RB Leipzig sought to improve their head-to-head records against leading competitors. A draw and a close loss to the champions were admirable, but the two beatings sustained at the hands of Borussia Dortmund greatly hindered momentum.

Losing their highly-rated manager and two core centre-backs – despite the huge sums that came in for all three – has had a cataclysmic impact on the outlook of the team, according to bookmakers. As it stands, RB Leipzig are currently at 12/1 odds for the Bundesliga this season, behind the 6/1 odds of BvB and Bayern Munich who are staked at 1/5. The Red Bull Arena residents couldn’t better suit the dark horse label, especially as there’s so much upside to the new coach and the squad as a whole.

A Revitalised Team with Huge Upside

RB Leipzig were very strong at the back, limiting the goals against the column to a league-low 32. However, particularly when it comes to teams looking to push Bayern Munich, their 60 goals fell well short. In fact, in ten of the 15 games that Die Roten Bullen dropped points, they only scored one goal or didn’t score at all.

It quickly became apparent that the team lacked a top-class scoring talent, with the recognised striker, Yussuf Poulsen, simply not having the knack needed to push the team up the table, as made evident by his track record of only scoring five league goals. Over the summer, they brought in André Silva for a mere €23 million, who scored 28 Bundesliga goals last season.

Silva looks to be the perfect purchase to fill the gap. Meanwhile, at the back, the impact of losing 22-year-old duo Upamecano and Ibrahima Konaté will be felt. Nonetheless, continuing the ethos of the club, there’s the promising addition of two up-and-coming centre-backs, Josko Gvardiol and Mohamed Simakan. Both players will battle for a place alongside Willi Orban, with the excellent Péter Gulácsi still tending goal.

Naturally, the most prominent of the new additions is that of the new head coach, Jesse Marsch. The American, who’s graduated from Red Bull Salzburg, plays a 4-2-3-1, seeking to have a team that works all game, adopts the values of gegenpressing, and scores quickly when with the ball.

His philosophies of freedom and flowing play flies in the face of Bundesliga values like distance and discipline. So, the team could experience some teething problems early in the campaign. However, his methods and attitudes also look set to ruffle some feathers and certainly be the makings of a banana peel matchup.

With only VfL Wolfsburg being perfect through the first couple of games, some pundits are already pointing to the Bundesliga being more open than previously perceived. However, it’ll still take a tremendous effort for RB Leipzig to defy their standing as a dark horse to actually topple Bayern Munich. Still, there are all the makings for a colossal upset. 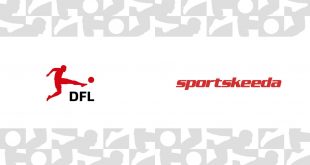