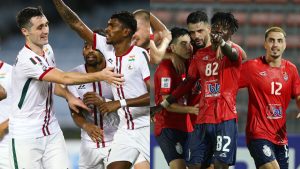 Head coach Juan Ferrando is optimistic about ATK Mohun Bagan’s chances when they go up against Kuala Lumpur City FC in the AFC Cup 2022 Inter-Zone Semifinal on Wednesday.

ATK Mohun Bagan resume their campaign after topping Group D in May, and will have momentum in their stride, having won 2-0 against Indian Navy FC in the Durand Cup 2022 last week.

While they failed to advance to the quarter-finals after missing out on a top two finish on goal difference, the Durand Cup action means ATK Mohun Bagan are match fit for the AFC Cup.

“It’s a different tournament,” said Ferrando. “The Durand Cup is in the past and for me the focus is on tomorrow. The most important thing about football is to think about the present and the future. The team is ready, the players are motivated and they are thinking of the club’s future.

“The team is working in a good way. The players want to do their best and want to win all the time. I only hope that tomorrow, we are not lacking in our finishing.”

This will be ATK Mohun Bagan’s second consecutive appearance in the Inter-Zone Semifinals, with their 2021 campaign coming to an end after losing to Uzbekistan’s FC Nasaf, but Ferrando believes things will be different this time around as they will be playing in their Vivekananda Yuba Bharati Krirangan Stadium home.

“Honestly it is a pleasure to play at home, we are playing in front of our supporters. The players and staff are professional, and we will try to do our best. Playing at home is amazing because I know the supporters, I know the stadium, I know Kolkata football, and it’s amazing when you play here.

“My focus is to score one more goal than the opponents, this is our target. This is our way and the mentality of our players. I’m not thinking about not conceding because if you don’t take any risks, you will lose.”

In Bojan Hodak, Kuala Lumpur City are led by a coach who has a winning record against Indian clubs.

“Mohun Bagan are one of the biggest Indian clubs and they will have an army of fans behind them,” said Hodak. “And when they play here, they expect one-third of the stadium supporting them. It will be a tough match.”

“I’ve played against Indian clubs twice, and won them both, so I hope it will be the same tomorrow. The good thing is that we’re not under pressure. We are one very small budgeted club, and for the past 30 years there was no success. We won the Malaysia Cup last year and that’s how we qualified for the AFC Cup.

“For us to go so far is already a huge result, and we’re playing without any pressure tomorrow. The pressure is on Mohun Bagan since they’re playing in front of their fans, everyone expects them to be favourites. We will go out to enjoy and do our best.”

Hodak will warn his players to keep an eye on ATK Mohun Bagan’s most recent signing, Dimitri Petratos, as he is well aware of the Australia international’s ability to turn a game.

“He played for me when he was 19 or 20 years-old, he was just a young player who was really promising. Now he’s a top player who has played in the FIFA World Cup.”

“The difficult thing about Dimi is that with one move he can decide a game. Players like this are always the most dangerous. But of course we have videos of him and I’ve shown the players, and we will try to block him,” Hodak added.