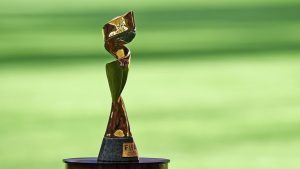 With just days to go until the FIFA Council votes to decide the location of the 2023 FIFA Women’s World Cup, Prime Minister Scott Morrison of Australia and Prime Minister Jacinda Ardern of New Zealand have come together to support their nations’ historic joint bid to host the world’s largest women’s sporting event.

In a joint letter to the FIFA Council, they said, “An Australia-New Zealand FIFA Women’s World Cup would embody our passion for women’s football and proud commitment to equality and fairness, creating a profound and enduring legacy for the future of women’s football within the region and beyond.”

“We would host a tournament FIFA can be proud of in every way possible: technical excellence, record-breaking crowds, commercial certainty and a warm embrace from our 200 different cultures.”

“Football is the game that connects us all. We sincerely hope that an Australia-New Zealand FIFA Women’s World Cup will bring us all together again in 2023, when we can all celebrate humanity, community and unity through football.”

FFA President, Chris Nikou and NZF President, Johanna Wood said, “We thank Prime Ministers Morrison and Ardern for their backing at this crucial stage of the bid process and for the support of their respective governments over many months.”

“There is real momentum to our bid with just days to go until the final vote. We are doing everything we can in this crucial last phase to communicate just what a game changer our hosting concept would be for women’s football – across the Asia-Pacific region and beyond.”

The FIFA Council will vote to decide the host of the 2023 FIFA Women’s World Cup on June 25. 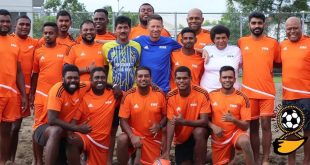