Balaram pays his tribute to Balbir Singh (Sr.), says he was ‘above all’! 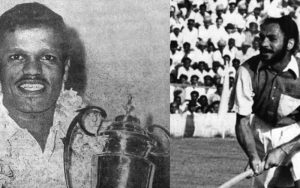 As the legendary Balbir Singh (senior) passed away earlier today (May 25, 2020) morning, Indian Football pays their tribute to one of the hockey’s greatest players. Tulsidas Balaram, an Olympian in the 1956 Melbourne Olympics recollects moments from the event including the mega final against Pakistan, and writes for AIFF Media.

Even as I am yet to recover from the tragic news of Pradip-da and Chuni-leaving us, today I hear that Balbir Singh (Senior) is also no more. Another terrible news!

The unbearable pain of losing my close and dear ones are becoming unfathomable. I am 84, and Almighty I need the strength to recover from such news. Give me strength.

A sportsperson is always described best by an adjective, sometimes two. But how does one describe Balbir-paaji? He was a culmination of many. In my entire sporting career, I have hardly seen another sportsperson as disciplined, dedicated, and honest as him. His athletic build complemented his agility. His turn, precision and ability to generate pace from nowhere was above all.

Today from the moment I heard about Balbir-paaji’s demise, so many memories from the 1956 Olympics come back to my mind, especially the manner he rose above everything as India defeated Pakistan in the final.

During the 1956 Olympics, we used to stay together. We were like an extended family. I still remember that the Indian contingent used to stay at one corner of the Games Village. Usually, football and hockey training grounds were close by during those days and we used to for training together – if our schedule permitted us.

As an ardent Hockey follower since my childhood days, I got a bit star-struck in the Games Village seeing Balbir Singh, Leslie Claudius, Shankar Lakshman, Ranganathan Francis, Amir Kumar and many more. Forgive me if I have missed anyone.

Everyone in the team was not just a player, but an elegant artist! The coordination between Udham Singh and Balbir Paaji was terrific and even as the hockey team began their campaign, Balbir-paaji’s fiver against the Netherlands in the previous Olympics (1952 Helsinki Olympics) final was still going around like a fairy tale.

But unfortunately, he picked up an injury and had to sit out. Randhir Singh stepped in as the interim captain till Balbir-paaji came back in the semi-final.

To be honest, the performance of the hockey team inspired the football team as well. The football team was also in the news for all the right reasons. Neville D’Souza hammered a terrific hat-trick against Australia, and we started with a bang. I remember, the entire Hockey team came to congratulate us for the dream start to our campaign. The respect was mutual and the positivity was contagious.

Two days later, India pitted against Germany in the hockey semi-finals at the majestic Melbourne Cricket Ground our captain led from the front as India won by a solitary goal to set up a clash of titans against Pakistan in the final.

After bowing out in 1948 and 1952, Pakistan finally broke the jinx to reach the finals and they were desperate to dent India’s monopoly in the world. It was nerve-wracking, and the entire Indian contingent was feeling it.

It was scheduled at the same stadium where we had played all our matches. Two days ago we played against the-then Yugoslavia, and we were scheduled to take on Bulgaria in the bronze-medal match on the next day.

When our hockey stars started singing the national anthem, I could not hold my tears back. Everyone started screaming at the top of their voice. It was a close, very close match but finally, Gentle Singh’s goal proved to be the difference between India and Pakistan.

I still remember how Amir Kumar survived back-to-back bullies against Rehman to keep the scoreline unscathed and take India to the gold medal. Balbir-paaji’s dedication was heroic. He came out with a plaster on his finger and took pain-killer injections before the match.

Man is mortal. I used to keep the updates regularly since he was admitted to the hospital. No one would live forever but a loss like this always tears us apart. May God bless his family and let his soul rest in peace!

As told by Balaram to Shoubhik Mukhopadhyay!