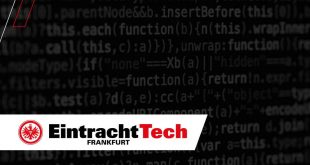 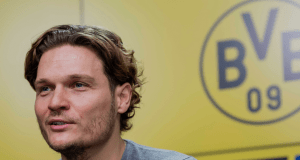 Borussia Dortmund have three games left in 2020, all of which will be away from home. First up is a Bundesliga trip to SV Werder Bremen on Tuesday (20:30 CET), where Edin Terzic will be in the dugout as BVB head coach for the first time.

Terzic is not in entirely uncharted territory. When Lucien Favre missed the 3-3 draw with Hoffenheim in February 2019 through illness, the then assistant coach took his place at the press conference and on the sidelines. But what was then the exception has now become the rule. Following the 1-5 home defeat to VfB Stuttgart on Saturday and the resultant drop to fifth place, Terzic was appointed to succeed Lucien Favre as BVB head coach on an interim basis until the end of the season.

“We’re currently not in a Champions League position. This change was brought on by purely sporting reasons. Lucien has done a very good job for more than two years, which is why the decision was not an easy one for us to take,” said sporting director Michael Zorc.

BVB’s next outing comes hot on the heels of the Stuttgart match on Saturday. There’s not much time left to prepare the team for the Bremen game. “The defeat on Saturday hurt, but we now need to move on – and quickly,” said the new head coach one day before kick-off. “We’ve shown a lot of positive things in the past. It wasn’t all that long ago; we need to get back to those things. We need to have the faith that we can do so quickly.”

The coach, who spoke with the team on Sunday – briefly to begin with and then at length later, is turning the focus to Tuesday. “We want to show a reaction in Bremen, be successful in our three away games up until Christmas and get close to our maximum. That wasn’t Borussia Dortmund on Saturday,” said Terzic, who is targeting a big improvement against Werder.

Bremen currently sit in 13th place in the Bundesliga and have lost each of their last three games against RB Leipzig, VfB Stuttgart and VfL Wolfsburg. Before that, they went on a run of five draws in a row (against FC Bayern Munich, 1.FC Köln, Eintracht Frankfurt, 1899 Hoffenheim and SC Freiburg).

Once the Tuesday match is done and dusted, Borussia Dortmund will travel to 1.FC Union Berlin on Friday before visiting Eintracht Braunschweig in the DFB German Cup Second Round on December 22. 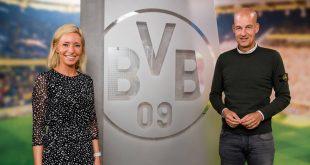