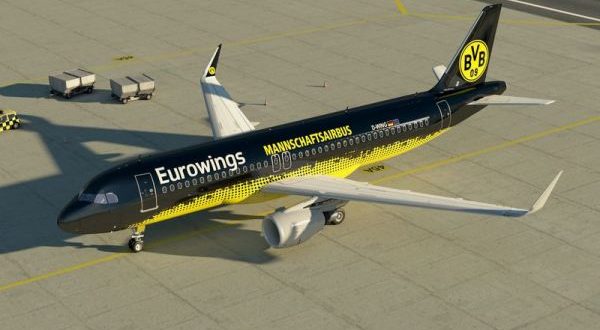 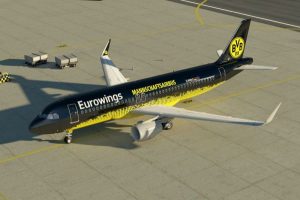 From July 1, 2016 onwards, the airline Eurowings will be the new “Champion Partner” of Borussia Dortmund. The company, which forms part of the Lufthansa Group, will closely accompany the BVB squad from next season and will serve as the club’s official airline for away matches.

The cooperation includes the presence of advertisements in the stadium (e.g. hoardings, giant video screens, coaches’ benches) and, on top of that, an extensive digital cooperation, including social media. On Facebook alone, Borussia Dortmund currently has more than 14.2 million fans.

“This partnership brings together two dynamic, ambitious companies which both have an enormous binding power and want to play a significant role in their respective core businesses on a national and international level,” said Borussia Dortmund Chief Executive Officer Hans-Joachim Watzke.

Carsten Cramer, the club’s Director of Marketing & Sales, added: “Eurowings is a new brand that originates in Dortmund. Similarly to Borussia Dortmund, Eurowings sees itself as a challenger and is therefore a very good fit for us. We are excited to see the link-up play between high-speed football and high-speed travel.”

The most tangible sign of the new partnership is an aeroplane completed paint in black and yellow colours, which Eurowings and BVB unveiled to the public for the first time at a press conference at Signal Iduna Park on Wednesday, May 18. The team A320 Airbus has not been chosen for Champions League away days solely because of its top speed of well over 900 kilometres an hour. One of its other key attributes is the exterior design – an homage to the black and yellow of Borussia Dortmund which is over 37 metres long and almost 12 metres high.

“When it comes to designing the plane, it was our requirement to go significantly beyond the usual placement of a logo on the tail unit. That’s why we have developed a solution that will provide Borussia Dortmund with an impressive appearance all over Europe,” said Eurowings CEO Oliver Wagner.