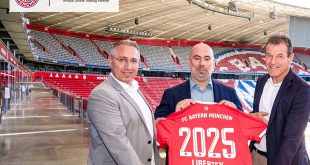 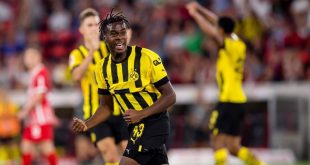 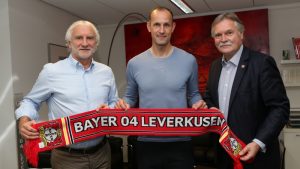 German Bundesliga side Bayer 04 Leverkusen have signed Heiko Herrlich as the clubs new head coach. The 45-year-old has agreed a contract until June 30, 2019.

Herrlich, who took Jahn Regensburg from the Regionalliga (fourth division) to Bundesliga2 within 18 months, will start working at Leverkusen at the start of July for the pre-season ahead of the 2017/18 Bundesliga campaign.

Sporting director Rudi Völler sees Herrlich as “a very ambitious coach focussed on winning who not only demonstrated his abilities at Regensburg – including the two play-off games against a nominally stronger team in 1860 Munich,”. Völler added: “He favours attractive, aggressive and mobile football and a style of play that comes very close to our approach. We are certain that we will be able to make progress next season with our squad that we will amend together with Heiko. That will follow our long-term practice at Bayer 04 of working with players capable of developing.”

“In Heiko Herrlich we have brought in a young and yet very experienced coach,” said Bayer 04 CEO Michael Schade, “who also has a Leverkusen past as he started his playing career with us in 1989. He spent four years at the club and was in the team that won the German DFB Cup in 1993 – his absolute identification with Bayer 04 was perceptible at all times in our discussions.”

For Herrlich, who won the 1997 UEFA Champions League and two German Bundesliga titles as a player and also worked as head coach at VfL Bochum and SpVgg Unterhaching, saw the offer from the Werkself as “a fantastic opportunity to return to the Bundesliga as a coach and at the place where I made my start as a pro. Bayer 04 are one of the most successful German teams of the past 20 years, enjoy an excellent reputation in Europe and are also considered to be a very innovative club. It’s a great feeling to be back here and to take over responsibility for a team that is extremely talented and ambitious. In the coming season we want to achieve the maximum possible and return to the top group in the league.” 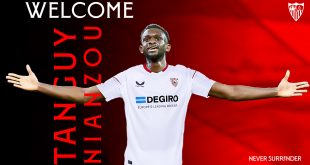