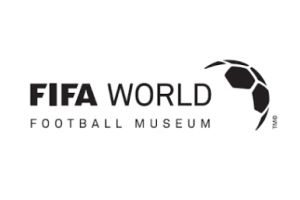 Borussia Mönchengladbach will visit the FIFA World Football Museum in Zurich on May 18, 2016. The five-time Bundesliga champions and two-time UEFA Cup winners will tour the museum and take part in an autograph signing session with visitors – the perfect opportunity for fans to see their idols face to face.

Swiss internationals Granit Xhaka and Yann Sommer as well as Under-19 player Nico Elvedi, who all play for the German team, will be among the stars visiting the museum after the Bundesliga season has finished. Interest in Borussia Mönchengladbach within Switzerland shot-up during the Lucien Favre’s tenure as the club’s coach between 2011 and 2015. This has continued with players like Xhaka, Sommer and Elvedi regularly making appearances.

As part of the ‘Fohlentour 2016’ (roughly translated ‘fohlen’ means foals, and is the club’s nickname), Borussia Mönchengladbach will visit various parts of Switzerland between 15 and 20 May 2016. When they visit the FIFA World Football Museum in Zurich, players will tour the exhibition area, sign autographs for fans and answer questions from accredited media representatives.

“To have such a traditional Bundesliga club visit us is very exciting,” said the museum’s director Stefan Jost.

“We are very much looking forward to welcoming them to the museum and I’m sure that our visitors will be happy to meet these huge stars personally.”

According to the executive director, Stephan Schippers, the Gladbach team welcomes this interaction with its fans and it is the central objective of the ‘Fohlentour’.

“We have recognized a growing interest in Borussia Mönchengladbach, and their Swiss players, in Switzerland in the past few years,” he said.

“The ‘Fohlentour’ has been organised through Switzerland because we want to say thanks for the support to our fans here.”

After visiting the museum, the club’s academy, the ‘Fohlenschule’, will visit a group of child refugees who regularly train at the FIFA Headquarters as part of the “Football Connects” project organised by Raumfang. Four players from the Mönchengladbach squad will join the football session, which will be led by experts from the ‘Fohlenschule’.