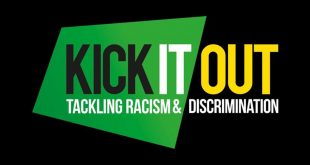 Kick It Out present their new three-year strategy! 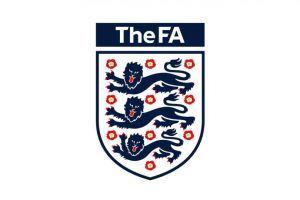 It has been 55 years since England last won a major international tournament. They were successful in the World Cup in 1966 which they hosted, beating West Germany 4-2 after extra-time at Wembley.

England goes into the European Championship this summer with high hopes that they can end that long wait for success, particularly with the semi-final and final scheduled to take place in London.

Southgate has had many tournament heartbreaks as a player, particularly when he missed a decisive penalty in a 6-5 shootout defeat to Germany in the semi-final of Euro 96. But he has been able to unite the country. His squad of players appear to enjoy playing for him and have bought into his approach on the pitch.

If England is to be victorious at Euro 2020, they are going to need their big players to be at the top of their games. The busy Premier League schedule this season is unlikely to help, however, but the majority of the nations at the tournament face the same problem this summer.

Harry Kane was the top goal scorer at the World Cup in 2018 with six goals and a similar campaign from the England captain will be needed. The Tottenham striker is considered to be one of the best in the world at his position so he will the figurehead in their attack once again.

Southgate is going to have a selection headache later this summer when it comes to who features in his starting XI. Additionally, he has some tough decisions to make as to who makes and misses out on his 23-man squad.

Such a dilemma is a good problem to have as a manager. It means England now has a lot of depth in their ranks. The emergence of a strong generation of young players has really helped and has created healthy competition.

One player who could be a star at the tournament this summer is Phil Foden. The Manchester City midfielder is having an excellent season in the Premier League. He has scored eight goals in 22 appearances for his club in 2020/21 so far and looks to be improving with every game.

Jack Grealish and Jadon Sancho are two players which will also cause defenses at the tournament many problems. If Southgate can find a way of including all three of his young attacking stars in the same team, they will take some stopping going forward.

England Amongst the Favourites in the Betting

The outright betting for a tournament is always a good guide of how each team is expected to perform. As of January 18, England are the +500 favorites in the outright market for the trophy. Belgium, who are the number one ranked team in the world, is second best at +550. France can be backed at +600 to complete the World Cup-Euros double, while Spain is available at +750.

Not since their golden generation of the 00s have England started a tournament as the favourites. Home advantage could prove important if they reach the last four, and the odds reflect how highly they are now rated in international football against their rivals.

Not many people expected England to reach as far they did at the World Cup in 2018. The draw really opened up for them, but that should not discredit what they achieved.

Southgate’s men were unlucky to lose out to Croatia in the semi-final. For large parts of that game, they were the team on the front foot. Unfortunately for them, they could not get that second goal when they had their noses in front.

England only has to look at how France overcame disappointment to see how they can build on that tournament. The world champions lost to Portugal in the final of Euro 2016 in front of their home crowd at the Stade de France. Two years later, they got their hands on the World Cup trophy.

Managers and players can often learn far more from their defeats than they do when they are winning. Southgate will now be challenging those players who were involved in Russia to improve again, and, hopefully, this time it is enough for them to reach the final at the very least.

England begins the tournament this summer against a familiar opponent in Croatia on June 16. They will be hoping and will be expected to progress from a group that also includes the Czech Republic and Scotland. If they do make it through to the final, that will be played on July 11. 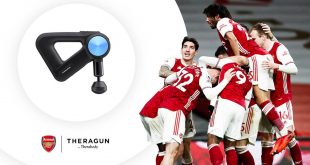 Arsenal FC have announced a new partnership with Therabody, a global innovator and creator of …