Can Germany’s Sami Khedira add a European Title to his Trophy Cabinet?

Arunava Chaudhuri 2016-06-10 Team Germany Comments Off on Can Germany’s Sami Khedira add a European Title to his Trophy Cabinet? 2,199 Views 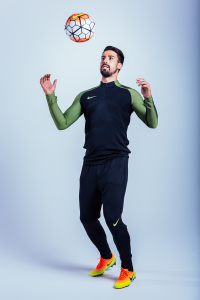 Midfielder Sami Khedira’s blueprint for victory is built upon a foundational belief: “There are always things which we can improve upon — things which you strive for,” the 29-year-old German footballer states. “This is the beauty of sport for me.”

This element has served as the lynchpin of a decorated career. Khedira has taken league titles in Germany, Spain and Italy, lifted Europe’s most coveted club trophy and celebrated international victory on football’s largest stage. Now, he is hoping that this detailed program of perseverance, hard work and daring, will serve up the one prize that continues to elude him: a senior European win for his country.

Born to a Tunisian father and German mother, Khedira began his footballing career in Stuttgart, his hometown. But the player’s debut professional campaign quickly expanded his national renown; Khedira played a crucial role in claiming league honours for his club, netting the goal that secured the German championship on the very last day of the season.

“That whole season was unbelievable,” Khedira remembers. “At the beginning of the season, we dreamed about qualifying for Europe, then our expectations grew higher and, finally, we ended up being the German champions.”

Two years later, the player parlayed this demonstrated leadership and passion for the game, as the captain of Germany’s so-called “golden generation,” into the 2009 U21 European championship title. “I was told by our coach: ‘You have to lead the team. You are responsible for whether we become U21 European champions or not,’” says Khedira. “Handling this pressure was one of the toughest challenges in my career.”

Khedira’s feat was rewarded with a place on the German National Team and a position on the pitch the following year in South Africa, where his play attracted the attention of several top European clubs – an outcome that was already baked into the player’s master plan. “At the 2010 cup, I wanted to prove myself as a player, ready to conquer European football,” Khedira recalls.

He received another chance to verify his value when he moved to Madrid to play alongside the best players in the world. “To train with Cristiano Ronaldo or Sergio Ramos lets you experience football in its all its glory,” notes Kheidra. “In almost every training session, Cristiano and Sergio were challenging each other in every tackle. This mentality was such an inspiration for me.”

Feeding off his new team’s desire for not only league titles (won during the 2011-12 season) and domestic cups (2010-11, 2013-14), but also its desire for a tenth European title, “La Decima,” Khedira blossomed into one of the sport’s strongest two-way midfielders. But in football, as in life, even the best-laid blueprint can’t account for the unexpected. In November of 2013, during international play, Khedira suffered a torn ACL.

Employing his previously revealed steely resolve, the player quickly returned to relative health, but unease with his physical strength lingered. “Due to my severe injury, it was risky to play the final against Atlético. However my coach, Cristiano and Sergio encouraged me to play,” Khedira recalls of the lead up to 2013-14 European club final. “It was a very special feeling!”

After tasting success in Madrid, he was driven to complete his recovery through 2014’s pinnacle international competition. Fighting back to full fitness, Khedira enjoyed a critical role in Germany’s push to the final. Then, while warming up for the penultimate match, he felt unbearable pain in his calf, forcing him onto the sidelines. “I felt completely empty inside,” he reveals. “Making that decision was one of the hardest in my entire career.” Despite its difficulty, the experience added a new dimension to Khedira’s victory map: knowing when to step aside and let your teammates step up.

Now, having returned to full health, Khedira has applied his trademark plan of action to Turin, Italy, where in his first season he played an instrumental role his club’s fifth successive league title, proving out once more the formidability of the makeup that Khedira will bring back to Germany as it kicks off international competition. 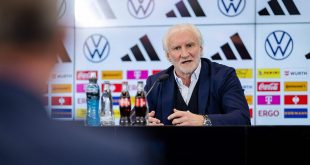