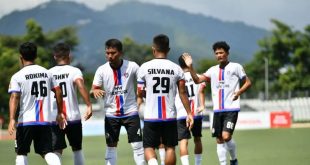 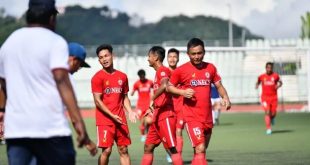 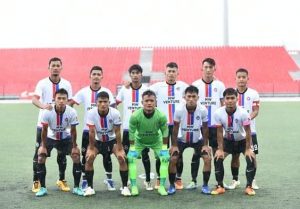 Goals from either side of halftime from the 2017-18 champions were enough to seal a 2-0 victory on the first fixture of round 2.

Lalthankhuma Duhvel was able to find the net right before halftime from a corner after finding himself at the right place in the Chanmari FC box.

Lalchhanchhuaha then added another in the early stages of the second period with a brilliant finish from the edge of the box to give his side a two goal cushion.

Two time champions Chanmari FC were able to create opportunities throughout the game with their best chance coming from a freekick from Lalremruata who forced Chhinga Veng goalkeeper RS Lallawmzuala to make a brilliant save.

Lalnunzira Sailo was also lively in attack for Chanmari but couldn’t find his scoring boots for the day as Chhinga Veng FC were able to see out the game.

Aizawl FC bounce back with a convincing MPL-9 win!

After seeing their winning run came to a halt with a loss in round 4, …